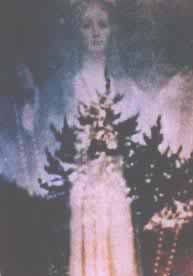 Experience is a consciousness hologram brought forth into physical reality to experience and record emotions. The projection of the Virgin Mary is about the essence of the feminine creator retold in all creation myths. Virgin Mary takes us to blood, a woman's menstrual cycle, the gold in blood, bloodlines, and a consciousness journey in the alchemy of time to which we are about to return to light.


Is an apparition really an app on the device that generates physical reality? 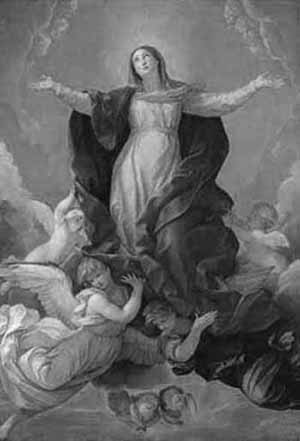 Marian apparitions are events in which the Virgin Mary is purported to have supernaturally appeared to one or more persons, typically but not always Christians, often Catholics in various settings. They are often given names based on the town in which they were reported, or on the sobriquet which was given to Mary on the occasion of the apparition, or on her reported clothing and hairstyle. They have been interpreted as psychological (pareidolia), and as religious phenomena, occasionally as theophanies. Apparitions sometimes recur at the same site over an extended period of time.

It has been claimed that apparitions were experienced by a number of popes, including Pope Leo XIII in 1884, Pope Pius XII at various stages during his papacy, and Pope John Paul II in 1981, while he recovered from an assassination attempt which occurred on the anniversary of the Fatima apparition. John Paul II's particular devotion to the Blessed Virgin Mary was indicated in his coat of Arms, which contains a large letter "M," representing Mary at the foot of the Cross, as well as his motto "Totus Tuus," ("Totally yours"), dedicated to Mary.

He also visited many of the most famous alleged apparition sites, notably Our Lady of Fatima, Our Lady of Lourdes, and Our Lady of Knock, and according to some reports may have experienced another visitation on his last visit to Lourdes in 2003. Over sixty out of thousands of reported spontaneous healings at the Lourdes Spring have been classified as "inexplicable" by the physicians of the Lourdes Bureau, a medical centre set up by the Church to assess possible miracles. Read more ...


Our Lady of Zeitoun


Our Lady of Zeitoun, also known simply as El-Zeitoun, Zeitun or rarely Our Lady of Light, was an alleged mass Marian apparition that occurred in the Zeitoun district of Cairo, Egypt, over a period of 2-3 years beginning on April 2, 1968.

The first apparition at Zeitoun was recorded on the evening of April 2, 1968 when a Muslim bus mechanic named Farouk Mohammed Atwa, who worked across the street from St. Mark's Coptic Church in Zeitoun, thought he saw a woman attempting suicide by jumping from the structure. Two other men also noticed a white figure on the top of the church and the sighting was reported to the police.

A crowd gathered on the site and the police attempted to disperse it. According to the police (who are Muslims), the sighting was just a reflection of the light from the street lamps. However, the crowds reportedly viewed the sighting as a clear apparition of the Virgin Mary, and so, the attempts by the police to disperse the crowd were unsuccessful. The event itself ended after a few minutes.

One week later on April 9 the phenomenon reoccurred, again lasting for only a few minutes. After that time apparitions became more frequent, sometimes two-three times a week, for several years, ending in 1971. According to Coptic tradition, the site is one of the locations where the Holy family stayed during their flight into Egypt.

The head of the Coptic Orthodox Church of Alexandria, Pope of Alexandria, Kyrillos VI appointed a committee of high-ranking priests and bishops to investigate the matter, headed by Bishop Gregorios, bishop of postgraduate studies, Coptic culture and scientific research. On May 4 Kyrillos VI issued an official statement confirming the apparitions.

The apparitions were also witnessed by President Gamal Abdel Nasser, and captured by newspaper photographers and Egyptian television. Investigations performed by the police could find no explanation for the phenomenon. No device was found within a radius of fifteen miles capable of projecting the image, while the sheer number of photographs from independent sources suggests that no photographic manipulation was involved. Having been unable to produce an alternative explanation for the luminous sightings, the Egyptian government accepted the apparitions as true. Read more


Our Lady of Akita 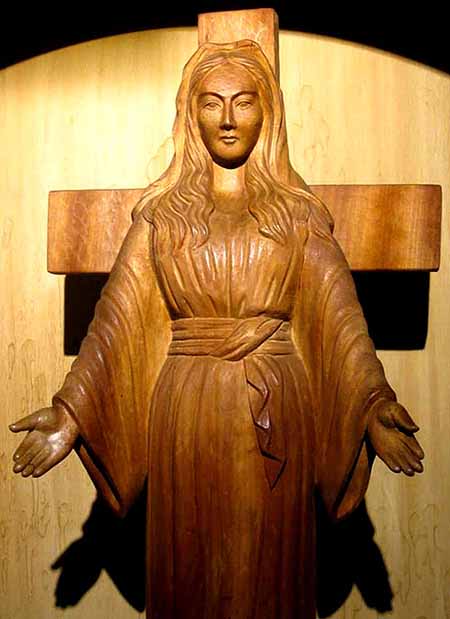 Our Lady of Akita is the Roman Catholic title of the Blessed Virgin Mary associated with a wooden statue venerated by Japanese faithful who hold it to be miraculous. The image is known due to the Marian apparitions reported in 1973 by Sister Agnes Katsuko Sasagawa in the remote area of Yuzawadai, an outskirt of Akita, Japan. The messages emphasize prayer (especially recitation of the Holy Rosary) and penance in combination with cryptic visions prophesying sacerdotal persecution and heresy within the Catholic Church.

The apparitions were unusual in that the weeping statue of the Virgin Mary was broadcast on Japanese national television, and gained further notoriety with the sudden healing of hearing impairment experienced by Sasagawa after the apparitions. The image also became affiliated with the devotion to Our Lady of All Nations venerated in Amsterdam, from which the image shares close similarities.

The local ordinary of the convent, John Shojiro Ito, bishop of Niigata, authorized "the veneration of the Holy Mother of Akita," within the Roman Catholic Diocese of Niigata in a 1984 pastoral letter, "while awaiting" a "definitive judgment on this matter" pronounced by the Holy See. Read more


Our Lady of Medjugorje 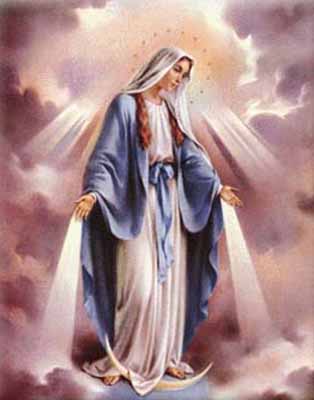 Our Lady of Medjugorje (also called Queen of Peace) is the title given to the Blessed Virgin Mary by those who believe that she appeared in 1981 to six Herzegovinian children in Medjugorje, Bosnia and Herzegovina (at the time in SFR Yugoslavia). The visionaries often refer to the apparition as the "Gospa" which is Croatian for "Lady". Read more