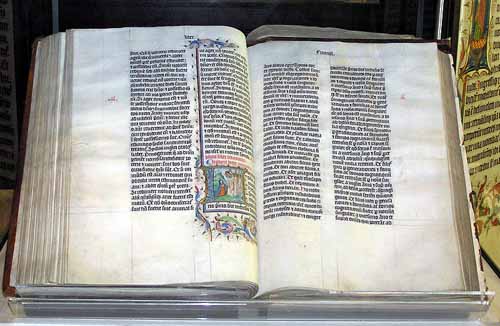 Bible prophecy or biblical prophecy is typically the prediction of future events based on the action, function, or faculty of a prophet. Such passages are widely distributed throughout the Bible, but those most often cited are from Ezekiel, Daniel, Matthew 24, Matthew 25, and Revelation. Believers in biblical prophecy engage in exegesis and hermeneutics of scriptures which they believe contain descriptions of global politics, natural disasters, the future of the nation of Israel, the coming of a Messiah and a Messianic Kingdom, and the ultimate destiny of humankind.

Some prophecies in the Bible are conditional, with either the conditions implicitly assumed or explicitly stated. Some prophetic passages are depicted as direct statements from God while other statements are expressed as the privileged perspective of the biblical author considered to be a prophet[citation needed]. The Biblical prophets are usually considered to have received revelations from God, subsequently recording them in the relevant writings.

Hebrew Bible prophets often warn the Israelites to repent of their sins and idolatries, with the threat of punishment or reward. Blessings and ruinations are attributed to the deity. According to believers in Bible prophecy, many of these prophecies are viewed as having been fulfilled within later passages.

Another major theme concerns the "end times", or "last days", particularly according to the Revelation of John.


Bible Code -- In the 1990s, a new way to prophetically interpret the Bible was instigated. Proposed by Eliyahu Rips, it was said that words and short phrases were hidden in the Hebrew Bible as skip-letter sequences (every 30th letter, for example). The mathematical probability for several coded words which are related to occur within the same area of the Bible was calculated by Rips to be enormously greater than chance, though mathematicians with formal training in statistical analysis place this figure at 1:2. A comprehensive explanation of how this phenomenon can occur naturally was later published in 1999 by Brendan McKay et al., although the Bible code continues to be explored and debated.