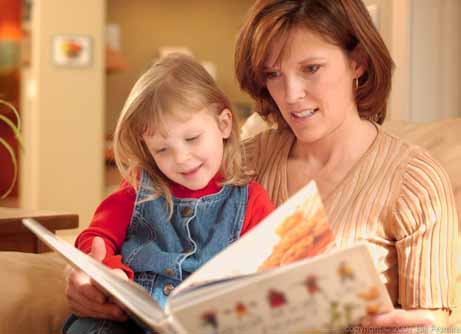 In hyperlexia, a child spontaneously and precociously masters single-word reading. It can be viewed as a superability, that is, word recognition ability far above expected levels. The more common definition also includes difficulties with comprehension of printed material beyond or even at the single-word level. Many hyperlexics also have trouble understanding speech. Most or perhaps all children with hyperlexia also lie on the autism spectrum.

Hyperlexic children are often fascinated by letters and numbers. They are extremely good at decoding language and thus often become very early readers. Some hyperlexic children learn to spell long words (such as elephant) before they are two and learn to read whole sentences before they turn three. An fMRI study of a single child showed that hyperlexia may be the neurological opposite of dyslexia.

Often, hyperlexic children will have a precocious ability to read but will learn to speak only by rote and heavy repetition, and may also have difficulty learning the rules of language from examples or from trial and error, which may result in social problems.

Despite hyperlexic children's precocious reading ability, they may struggle to communicate. Their language may develop using echolalia, often repeating words and sentences. Often, the child has a large vocabulary and can identify many objects and pictures, but cannot put their language skills to good use.

Spontaneous language is lacking and their pragmatic speech is delayed. Hyperlexic children often struggle with Who? What? Where? Why? and How? questions. Between the ages of 4 and 5 many children make great strides in communicating.

Social skills often lag tremendously. Hyperlexic children often have far less interest in playing with other children than do their peers.

A precocious ability to read words, far above what would be expected at their chronological age or an intense fascination with letters or numbers.

In addition, some children who are hyperlexic may exhibit the following characteristics:

Learn expressive language in a peculiar way, echo or memorize the sentence structure without understanding the meaning (echolalia), reverse pronouns

Auditory, olfactory and / or tactile sensitivity

Normal development until 18-24 months, then regression

Think in concrete and literal terms, difficulty with abstract concepts

Listen selectively, appear to be deaf