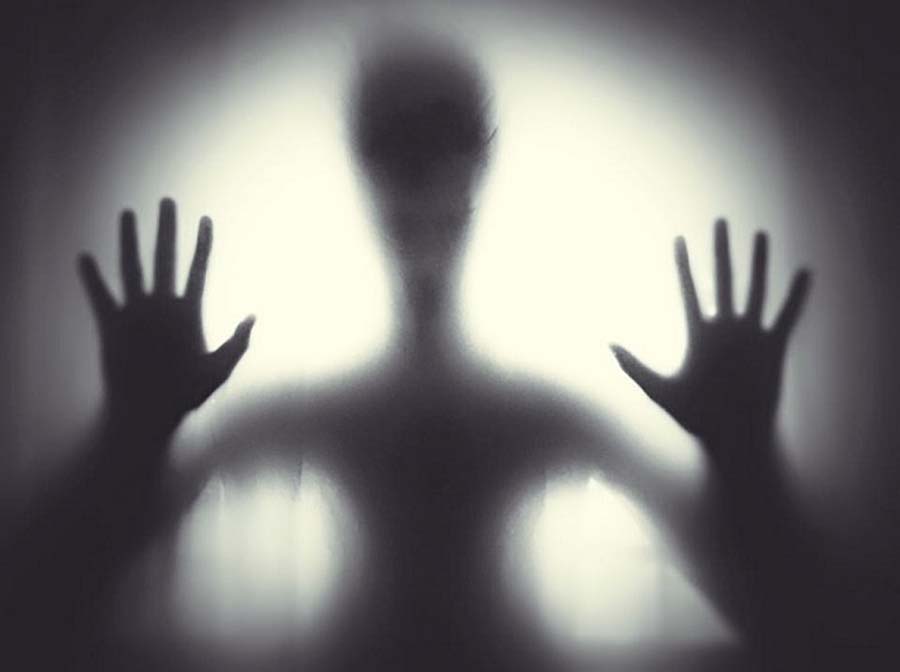 "Poltergeist" comes from the German words poltern, "to knock" and "rumbling spirit". The history of poltergeists can be traced as far back as ancient Roman times. Reports of poltergeist disturbances cite loud noises, lights, smells, physical and sexual assault, telephones ringing, and in general create unexplained disturbances. Some people believe that poltergeist activity is caused by an unconscious form of telekinesis.

Poltergeist activity usually takes place when a particular individual is present - usually young teenagers at puberty who has emotional problems. A poltergeist is often thought of as a negative spirit attracted to these teenagers. Due to hormonal and emotional changes in the teenager's body, negative energy may be thrust outwardly sometimes moving or destroying objects telekinetically. Young teens seek to develop telekinetic abilities. Poltergeist activity can cease as suddenly as it started. It can last anywhere from a few hours to a few years.

A poltergeist (German for rumbling ghost) is widely believed to be an invisible ghost that interacts with others by moving and influencing inanimate objects. Stories featuring poltergeists typically focus heavily on raps, thumps, knocks, footsteps, and bed-shaking, all without a discernable point of origin. Many stories detail objects being thrown about the room, furniture being moved, and even people being levitated. A few poltergeists have even been known to speak (The Bell Witch, 1817; Gef, the Talking Mongoose, 1931). Most classic poltergeist stories originate in England, though the word itself is German.

Poltergeist activity tends to occur around a single person called an agent or a focus (typically a prepubescent female). Almost seventy years of research by the Rhine Research Center (Raleigh-Durham, NC USA) has led to the hypothesis among parapsychologists that the "poltergeist effect" is a form of psychokinesis generated by a living human mind (that of the agent). According to researchers at the Rhine Center, the "poltergeist effect" is the outward manifestation of psychological trauma.

Skeptics believe that the phenomena are hoaxes perpetrated by the agent. Indeed, many poltergeist agents have been caught by investigators in the act of throwing objects. A few of them later confessed to faking. However, parapsychologists investigating poltergeists think that most occurences are real, and the agents cheat only when they are subsequently caught cheating. The longevity and consistency between poltergeist stories (the earliest one details the raining of stones and bed shaking in ancient Egypt) has left the matter open for debate within the parapsychology community.

Another version of the poltergeist is the "wrath version." When a person dies in a powerful rage at the time of death, that person is believed by some to come back to fulfill that vengeance. In some cases, the vengeance is too strong to let go or forgive, and the metaphysical ghost becomes a poltergeist, in which the newly formed ghost can affect solid objects, and in some cases are deadly. According to yet another opinion, ghosts and poltergeists are "recordings." When there is a powerful emotion, sometimes at death and sometimes not, a recording is believed to be embedded into the fabric of time, and this recording will continue to play over and over again until the energy embedded disperses.

Some people theorize that poltergeists are caused by the Hutchison effect.William Roll and Harry Price are perhaps two of the most famous poltergeist investigators in the annals of parapsychology. Harry Price investigated Borley Rectory which is widely regarded as "the most haunted house in England."

Although poltergeist stories date back to the first century, most evidence to support the existence of poltergeists is anecdotal. Indeed, many of the stories below have several versions and/or inconsistencies.

The Haunting of The Fox Sisters (1848) - arguably one of the most famous, as it started the Spiritualism movement.

The Entity Case is one of the best-documented and most harrowing poltergeist phenomena. It took place in Culver City, California in the early 70s and evolved around a single mother of three named Carlotta Moran who was being repeatedly raped (even in front of her family) by an invisible entity and his two helpers over the course of several years. Even after moving away to Texas the attacks would still occur, if less frequently. Eventually they fully subsided. These events were made into a movie named The Entity in 1981.

Although some parapsychologists suggest that poltergeists could be a form of recurrent PK, there is very little evidence for PK recorded on film or witnessed by objective parties. There are famous cases where the activity was seen by several people, but fraud has not been ruled out.

Both the name and concept of the poltergeist became famous to modern audiences by the Poltergeist movies and the subsequent TV series Poltergeist: The Legacy. The first Poltergeist movie actually gave an excellent depiction (during the first half of the film) of a "typical" poltergeist infestation, right down to the depiction of the focus as a prepubescent girl.

There is a poltergeist named Peeves in the Harry Potter books. Peeves, however, does not conform to the classic definition of a poltergeist. The fact that he manifests visually would seem to indicate that he is something similar to a ghost, though J. K. Rowling has stated that a poltergeist is not the ghost of any person who has ever lived. Perhaps she intended Peeves to be more of a literal translation of the word poltergeist, as Peeves is quite noisy and mischievous. However, it is also possible that Harry and other students can perceive Peeves because they are Wizards, and that he would be still invisible to Muggles. Poltergeist