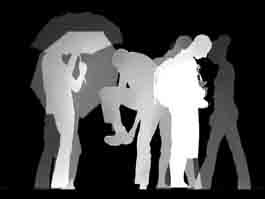 Have you ever thought about someone out there who looks exactly like you? Perhaps you thought it was a long lost identical twin, someone in a parallel universe or something else that allows you to feel that your soul is experiencing in more places than this reality which is part of a Simulation set in linear time. That being the case anything and everything is possible including another running insert within the simulation which could be called a parallel experience or some sort of quantum effect.


A doppelganger is sometimes considered the ghostly - or in some cases a physical double - of a living person. The word doppelganger is a loanword from German, written there (as any noun) with an initial capital letter Doppelganger, composed from doppel, meaning "double", and ganger, as "walker". In English, the word is conventionally not capitalized, and it is also common to drop the German diacritic umlaut on the letter "a" and write "doppelganger", although the correct spelling without umlaut would be "doppelgaenger".

The term has, in the vernacular, come to refer to any double or look-alike of a person, most commonly in reference to a so-called evil twin, or to bilocation. Alternatively, the word is used to describe a phenomenon where you catch your own image out of the corner of your eye. In some traditions, seeing one's own doppelganger is an omen of death. A doppelganger seen by friends or relatives of a person may sometimes bring bad luck, or indicate an approaching illness or health problem.

The doppelgangers of folklore cast no shadow, and have no reflection in a mirror or in water. They are supposed to provide advice to the person they shadow, but this advice can be misleading or malicious. They can also, in rare instances, plant ideas in their victim's mind or appear before friends and relatives, causing confusion. In many cases once someone has viewed his own doppelganger he is doomed to be haunted by images of his ghostly counter-part. Other folklore says that when a person's doppleganger is seen, the person him/herself will die shortly. It is considered unlucky to try to communicate with such a doppleganger.


Famous Reports of the Doppelganger Phenomenon

Emilie Sagee was a schoolteacher in the nineteenth century whose doppelganger's public appearances were recorded by Robert Dale Owen after being reported to him by Julie von Guldenstubbe.

Guy de Maupassant recorded his own doppelganger experiences in his story Lui ( The light continent). It is sometimes claimed that Percy Bysshe Shelley, English atheist and poet, met his doppelganger foreboding his own death. However, Shelley met this "doppelganger" in a dream, not in real life.

John Donne, the English metaphysical poet, apparently met his wife's doppelganger in Paris, foreboding the death of his yet unborn daughter.

Abraham Lincoln told his wife that he saw two faces of himself in a mirror soon after being elected president, one deathly pale. His wife believed this to mean he would be elected to a second term but would not survive (Sandburg, 195).

Rosalyn Greene claims that the doppelganger phenomenon, via bilocation, is responsible for reports of werewolves and other shapeshifters.

Richard Rossi, the maverick minister and Hollywood filmmaker, allegedly told police a man who resembled him attacked his wife. According to the Pittsburgh Post Gazette, he allegedly speculated the mysterious incident was a Satanic counterattack because of his work as an exorcist. Rossi stood trial for the assault, resulting in a hung jury, partially because both Rossi's wife and an eyewitness named John Fair confirmed the story.

Gustav Weler was a political decoy and double of Adolf Hitler.


Doppelgangers appear in a variety of science fiction and fantasy works, in which they are a type of shapeshifter that mimics a particular person or species for some typically nefarious reason.


A temporal doppelganger is any version of oneself one may meet during time travel. It is an exact likeness of one at a specific time in one's history (or future). Meetings with oneself may occur when one version of oneself travels backwards through the timestream and encounters a younger version of oneself, or when two or more of the same person from different timestreams travel to the same moment in their futures. 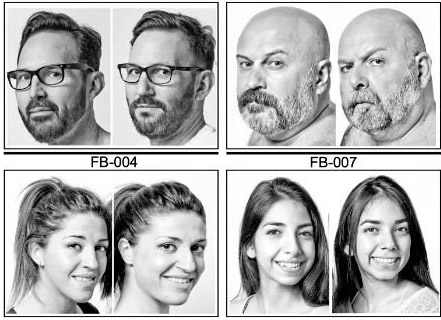 Video: Doppelgangers lived in the same city and kept being mistaken for one another.   CNN - August 24, 2022
Doppelgangers - people who resemble each other, but are not directly related - still seem to have genetic similarities, according to a new study.

We've all done a double take when mistaking a random person on the street for someone we know or know of, like the celebrity look-alikes Will Ferrell and Chad Smith - the actor and the Red Hot Chili Peppers' drummer, respectively. But does everyone have a doppelganger? There's a fairly decent chance of it, actually, thanks to the limited number of genes that influence facial features.

It stands to reason that strangers who resemble one another - like Ferrell and Smith - are probably more closely related (but don't know it) than people who look nothing at all alike. Moreover, people of the same ethnicity typically have a larger set of genes in common than they do with those outside their group, which is why, for example, South Asians usually have dark hair and brownish skin and Scandinavians usually have blond hair and light skin. With once-isolated human groups bringing together all of their new genes, the doppelganger effect could be both enhanced and diluted. After all, the world's population has exploded from a mere billion at the beginning of the 20th century to more than 7 billion today.