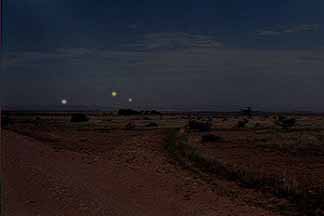 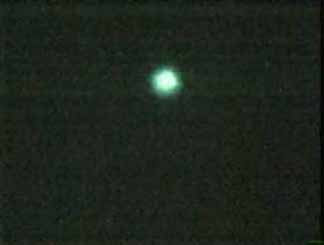 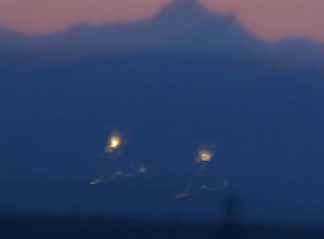 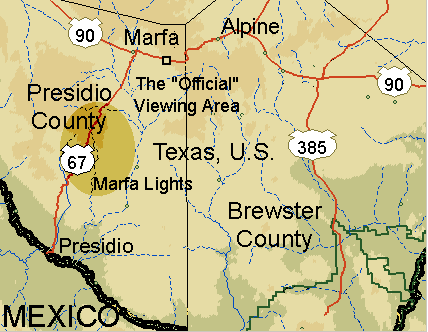 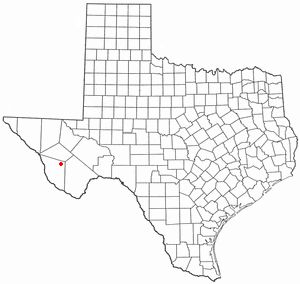 The Marfa Lights are unexplained lights sometimes called "ghost lights" and usually seen near US Highway 67 on Mitchell Flat east of Marfa, Texas. The first confirmed report of the Marfa Lights dates to a 1957 magazine article. Earlier oral reports of the Marfa Lights have been attributed to Robert Reed Ellison in 1883. According to the historian Cecilia Thompson, writing in 'History of Marfa and Presidio County', Mr Ellison did not record the Marfa Lights in his memoirs written in 1937 but told his family about them and this information was orally relayed by them. No verifiable written sources for the Marfa Lights predate the 1950's.

Reports of evidently similar strange nocturnal lights in this area have persisted all through the twentieth century, and they continue today. These reports often describe brightly glowing balls floating above the ground, or sometimes high in the air. Colors are usually described as white, yellow, orange or red, but green and blue are sometimes reported.

The balls are said to hover at about shoulder height, or to move laterally at low speeds, or sometimes to shoot around rapidly in any direction. They often appear in pairs or groups, according to reports, to divide into pairs or merge together, to disappear and reappear, and sometimes to move in seemingly regular patterns. Their sizes are typically said to resemble soccer balls or basketballs.

The Marfa Lights are elusive but not genuinely rare. They appear occasionally and unpredictably, perhaps once in about two weeks, averaged over time. There are no reliable reports of daytime sightings. The Marfa Lights seem to be a nocturnal phenomenon only.

They may appear at any time of night, typically south of Route 90, five to fifteen miles east of Marfa, at unpredictable directions and apparent distances. They can persist from a fraction of a second to several hours. There is evidently no connection between appearances of the Marfa Lights and anything else besides night time hours.

They appear in all seasons of the year and in any weather, seemingly uninfluenced by such factors. They sometimes have been observed during late dusk and early dawn, when the landscape is dimly illuminated.

It is extremely difficult to approach an ongoing display of the Marfa Lights, mainly due to the difficult and dangerous terrain of Mitchell Flat. Also, all of the land where the Marfa Lights are observed is private property, and access is prohibited without explicit permission from the owners. There are only a very few accounts of successful attempts to move very close to observed Marfa Lights. Still, there are multiple accounts of the Marfa Lights observed at close range, where the phenomenon happened to arise near the observer. These generally describe objects resembling fireworks, except lacking both smoke and sound.

Also, repeated appearances of apparently similar lights have been reported worldwide. Some of these emerge, and then seem to fade over time, and finally disappear. Others persist over many years. Undoubtedly the most renown among the latter are the Hessdalen lights, of Hessdalen, Norway. A similar, less well recognized, persistent phenomenon are the Min Min lights of northeastern Australia, and a number of other like cases are known.

A few suggest they have deliberately been given a paranomal mystique designed to attract tourist business to this remote west Texas area, pointing out that it wasn't until July 1957 that the earliest published account of the Marfa Lights, The Mystery of the Texas Ghost Light, by Paul Moran, appeared in Coronet Magazine. These critics challenge the historical reports cited by this and other published accounts as to have been manufactured.

A number of projects carried out by nonresident investigators, over several decades, have generally confirmed the appearance of the anomalous lights often with photographic and video evidence.

Many suggestions have been offered to explain the reported observations, but no consensus has been reached.

The dominant skeptical explanation seems to be that the lights are a sort of mirage caused by sharp temperature gradients between cold and warm layers of air. Marfa is located at an altitude of 4,688 feet above sea level, and temperature differentials of 50-60 degrees between high and low temperature are quite common. Proponents of this explanation reject the close-range accounts of the phenomenon, which are invariably anecdotal.

Some contended that the lights are the result of a naturally occurring phenomenon, the piezoelectric effect, discovered by Pierre Curie in 1883. In this case, critics contend that the mountainous region is made up of mostly rocks containing quartz that expand during the day and contract at night, due to thermal expansion.

This expansion and contraction creates stress on the quartz crystals which in turn is converted into voltage that is accumulated over time until it is then discharged into the atmosphere creating a ball lightning effect.


Other Places With Unexplained Lights

The Society of Physics Students at the University of Texas at Dallas, "An Experimental Analysis of the Marfa Lights", 2004


THE OTHER SIDE INDEX