Mythology comes from lack of understanding scientific principles that create unexplained events on the planet. The emotional component is often fear. Pseudoscientific explanation takes one to Ancient Alien Theory and Creation Gods. Astrology takes us the celestial influences through time. In my opinion, earthquakes are part of the algorithm that creates the Simulation of our reality. 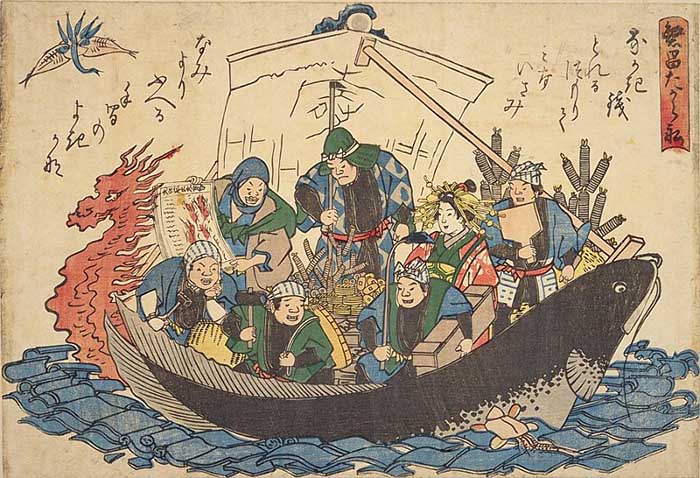 Japan - A giant catfish named Namazu lived in mud beneath the earth and causes earthquakes. A prankster, Namazu could be restrained only by Kashima, a god who protected the people from earthquakes. So long as Kashima kept a mighty magical rock over the catfish, the earth was still. But when he relaxed, the catfish thrashed about, causing earthquakes.


Hindu mythology - eight mighty elephants held up the land. When one of them grew weary, it lowered and shook its head, causing an earthquake.


China - A gigantic frog which carried the world on its back twitched periodically, producing slight quakes.


Norse - earthquakes were explained as the violent struggling of the god Loki. When Loki, god of mischief and strife, murdered Baldr, god of beauty and light, he was punished by being bound in a cave with a poisonous serpent placed above his head dripping venom. Loki's wife Sigyn stood by him with a bowl to catch the poison, but whenever she had to empty the bowl the poison would drip on Loki's face, forcing him to jerk his head away and thrash against his bonds, causing the earth to tremble.


Greece - Poseidon was the cause and god of earthquakes. When he was in a bad mood, he would strike the ground with a trident, causing this and other calamities. He also used earthquakes to punish and inflict fear upon people as revenge.


Kamchatka, Siberia, Russia - A god named Tuli drove an earth-laden sled pulled by dogs. When the dogs stopped to scratch at fleas, the earth shook.


Peru - Whenever a god visited the earth to count how many people were there, his footsteps caused earthquakes. To shorten his task, the people ran out of their houses to shout 'I'm here, I'm here!' (incorporating in their myth, the wisdom of leaving flimsy houses during an earthquake).


Mexican Vaqueros, California - El Diablo, an Indian god, made a giant rip in the ground so that he and his cohorts did not have to take the long way around when they wanted to stir up mischief on Earth.


The Aztecs who lived in the Valley of Mexico personified the source of earthquakes in Tepeyollotl, a mountain god, who took the form of a jaguar leaping toward the sun.


Gabrielino Indians, Southern California - Long ago, Great Spirit made a beautiful land that turtles carried on their backs in lakes and rivers calling Earth Turtle Island. One day the turtles began to argue. Three swam east; the other three swam west. The earth shook and cracked. The turtles could not swim far, because their load was heavy. So they made up. But once in a while, the turtles argue again. Each time, the earth shakes.