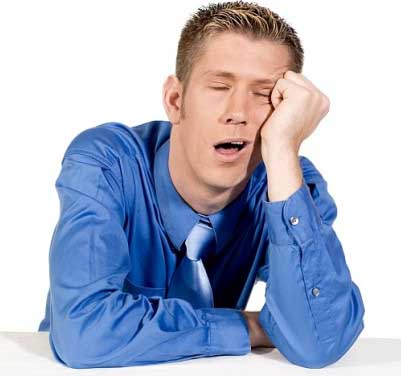 Chronic fatigue syndrome (CFS) is an autoimmune disease and is often part of depression. Holistic medicine has made great inroads in alleviating the symptoms of chronic fatigue syndrome, though there is no cure. With too much stress CFS will return especially as life has become so stressful for most people.

CFS is the common name for a group of significantly debilitating medical conditions characterized by persistent fatigue and other specific symptoms that lasts for a minimum of six months in adults (and 3 months in children or adolescents).

The fatigue is not due to exertion, not significantly relieved by rest, and is not caused by other medical conditions. CFS may also be referred to as myalgic encephalomyelitis (ME), post-viral fatigue syndrome (PVFS), chronic fatigue immune dysfunction syndrome (CFIDS), or by several other terms. Biological, genetic, infectious and psychological mechanisms have been proposed, but the etiology of CFS is not understood and it may have multiple causes.

Symptoms of CFS include malaise after exertion; restless sleep, widespread muscle and joint pain, sore throat, headaches of a type not previously experienced, cognitive difficulties, chronic and severe mental and physical exhaustion, and other characteristic symptoms in a previously healthy and active person.

Additional symptoms may be reported, including muscle weakness, increased sensitivity to light, sounds and smells, orthostatic intolerance, digestive disturbances, depression, painful and often slightly swollen lymph nodes, cardiac and respiratory problems. It is unclear if these symptoms represent co-morbid conditions or if they are produced by an underlying etiology of CFS. CFS symptoms vary in number, type, and severity from person to person. Quality of life of persons with CFS can be extremely compromised.

Fatigue is a common symptom in many illnesses, but CFS is comparatively rare. Estimates of prevalence vary from 7 to 3,000 cases of CFS for every 100,000 adults; national health organizations have estimated more than one million Americans and approximately a quarter of a million people in the UK have CFS. CFS occurs more often in women than men, and is less prevalent among children and adolescents.

Although there is agreement that CFS poses genuine threats to health, happiness and productivity, various physicians' groups, researchers and patient advocates promote differing nomenclatures, diagnostic criteria, etiologic hypotheses and treatments, resulting in controversy about many aspects of the disorder. The name "chronic fatigue syndrome" is controversial; many patients and advocacy groups, as well as some experts, believe the name trivializes the medical condition and they promote a name change. Read more ...

New Recognition for Chronic Fatigue   New York Times - December 5, 2017
After years of treating the syndrome as a psychological disorder, leading health organizations now recognize that it is a serious, long-term illness possibly caused by a disruption in how the immune system responds to infection or stress. It shares many characteristics with autoimmune diseases like rheumatoid arthritis but without apparent signs of tissue damage.