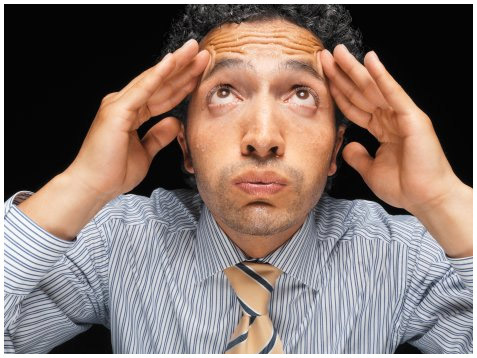 In 2022 anxiety and panic disorders are increasing exponentially. Anxiety is due in part to Covid which is sweeping the world. Then there's an increase in psychological disorders - fears and phobias experienced by people today in a world where too many things are broken without resolution. The closing of the simulation of our reality seems to be bringing everything to a higher frequency further making people more anxious.


It's all in your mind ... yet you "feel" it emotionally and physically. Everything is in your mind as we exist in the virtual reality simulation or hologram. You believe things are real because your brain tells you they'll get the brain is nothing more than an electrochemical machine programmed for you to experience a wide gamut of emotions in your "time" here.

Most people experience some degree of anxiety during their lives, some on a daily basis. It may be once, or something ongoing - part of their program patterning, but once experienced they remember its effects forever. The object is not to make it a conditioned response.

Human programming is about emotions - both positive and negative - but mostly the study of negative emotions and how they affect us physically and spiritually. Reality is set in linear time to this end.

In the Age of Healing and Awareness, the most discussed emotions are fear, anxiety, panic, and stress, linked with an endless array of personality disorders. They immobilize and destroy us - as we try to make sense of what's going on around us both from our childhood and currently. Anxiety sets people on a quest to find out what is wrong with them, as it symptoms cannot be ignored. Humans are very good at ignoring things unless they are forced to deal with them.

Most people deal with anxiety with prescription medication or as with many other mental illnesses - where people refuse to get professional help - they deal with anxiety by using alcohol or recreational drugs.

Anxiety is an offshoot of the strongest emotion - FEAR. With early conditioning we become anxious about Đ failures and successes - and those that judge us.

It would seem the levels of these emotions are on the increase based on evolving society and environment. Humans are currently trying to figure out who they are, what is their purpose for being here, where they came from, and what the future holds, as many people feel that life on planet earth as we know it, will no longer be sustainable in the near future.

As with all other emotional problems, anxiety has many levels and dimensions, the wiring in the brain affecting behavior. Anxiety, panic attack and fear are daily issues many people face. Anxiety is a psychological and physiological state characterized by somatic, emotional, cognitive, and behavioral components. The root meaning of the word anxiety is to vex or trouble; in either the absence or presence of psychological stress, anxiety can create feelings of fear, worry, uneasiness and dread. Anxiety is considered to be a normal reaction to stress. It may help a person to deal with a difficult situation by prompting one to cope with it. When anxiety becomes excessive, it may fall under the classification of an anxiety disorder.

This is an old pattern and part of the dynamic of the "evolving human". The nature of the programming of our reality is a never ending quest to create balance in our lives only to discover that we live in a virtual reality simulation whose programming it is to study emotions - mostly of the negative type. Will we ever overcome anxiety as a species? Is doubtful because it's built into our programming.

The best we can hope to do is find ways to understand ... what causes anxiety, that it's part of our DNA code, how we can change our life patterns, and how we can create some sort of balance in our lives. To this end people do yoga, meditation, Pilates, and any other form of exercise that balance the chemistry - or wiring - of the brain.


Anxiety is an unpleasant state of inner turmoil, often accompanied by nervous behavior, such as pacing back and forth, somatic complaints and rumination. It is the subjectively unpleasant feelings of dread over anticipated events, such as the feeling of imminent death. Anxiety is not the same as fear, which is a response to a real or perceived immediate threat; whereas anxiety is the expectation of future threat. Anxiety is a feeling of fear, worry, and uneasiness, usually generalized and unfocused as an overreaction to a situation that is only subjectively seen as menacing. It is often accompanied by muscular tension, restlessness, fatigue and problems in concentration. Anxiety can be appropriate, but when experienced regularly the individual may suffer from an anxiety disorder.

People facing anxiety may withdraw from situations which have provoked anxiety in the past. There are different types of anxiety. Existential anxiety can occur when a person faces angst, an existential crisis, or nihilistic feelings. People can also face test anxiety, mathematical anxiety, stage fright or somatic anxiety. Another type of anxiety, stranger anxiety and social anxiety are caused when people are apprehensive around strangers or other people in general. Anxiety can be either a short term 'state' or a long term "trait". Anxiety disorders are a group of mental disorders characterized by feelings of anxiety and fear, whereas trait anxiety is a worry about future events, close to the concept of neuroticism. Anxiety disorders are partly genetic but may also be due to drug use including alcohol and caffeine, as well as withdrawal from certain drugs. They often occur with other mental disorders, particularly major depressive disorder, bipolar disorder, certain personality disorders, and eating disorders. Common treatment options include lifestyle changes, therapy, and medications. Read more


Social anxiety is a specific form of anxiety. It is an emotion characterized by a discomfort or a fear when a person is in a social interaction that involves a concern of being judged or evaluated by others. It is typically characterized by an intense fear of what others are thinking about them (specifically fear of embarrassment or humiliation, criticism, or rejection), which results in the individual feeling insecure and not good enough for other people, and/or the assumption that peers will automatically reject them. Developmental social anxiety occurs early in childhood as a normal part of the development of social functioning and is a stage that most children grow out of, but it may persist or resurface and grow into chronic social anxiety during their teenage years or possibly in adulthood. People vary in how often they experience social anxiety, and in which kinds of situations they experience it. Read more

We've known for some time that anxiety runs in families, but research now suggests that anxiety disorders are passed down from mother to daughter and that having a father without anxiety protects sons from developing the condition. Researchers looked at the role of nature versus nurture in the development of anxiety, examining a dataset of around 400 Canadian children aged around 10 who had previously participated in a study focused on families at risk for mood disorders. If genetics played a larger role, anxiety disorders would presumably occur in children of both sexes at the same rate regardless of whether the mother or father was the parent passing down the anxiety condition.