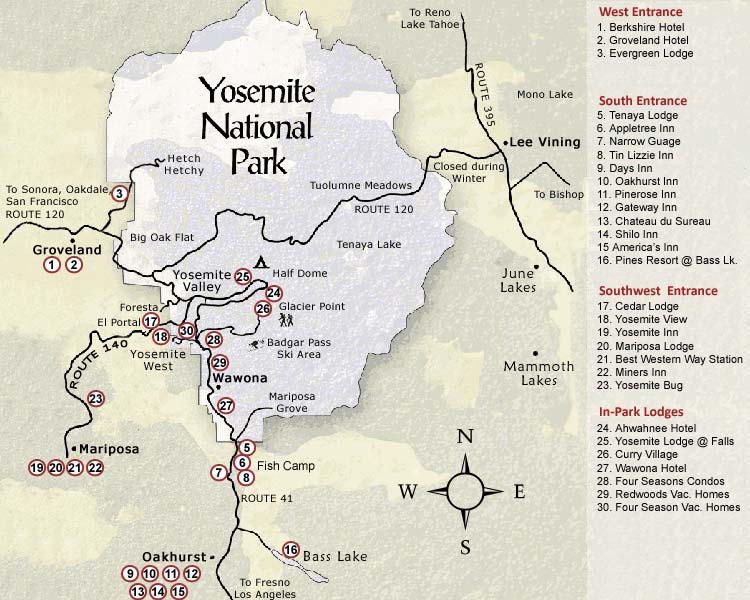 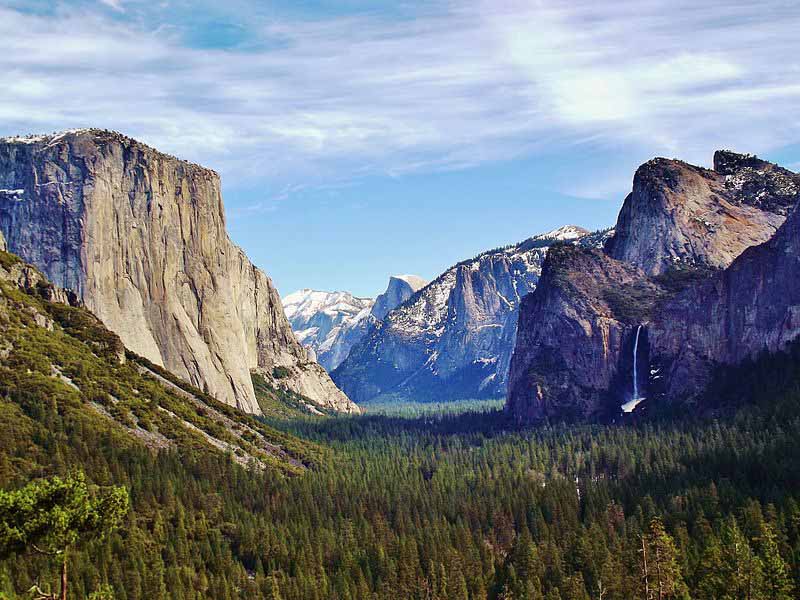 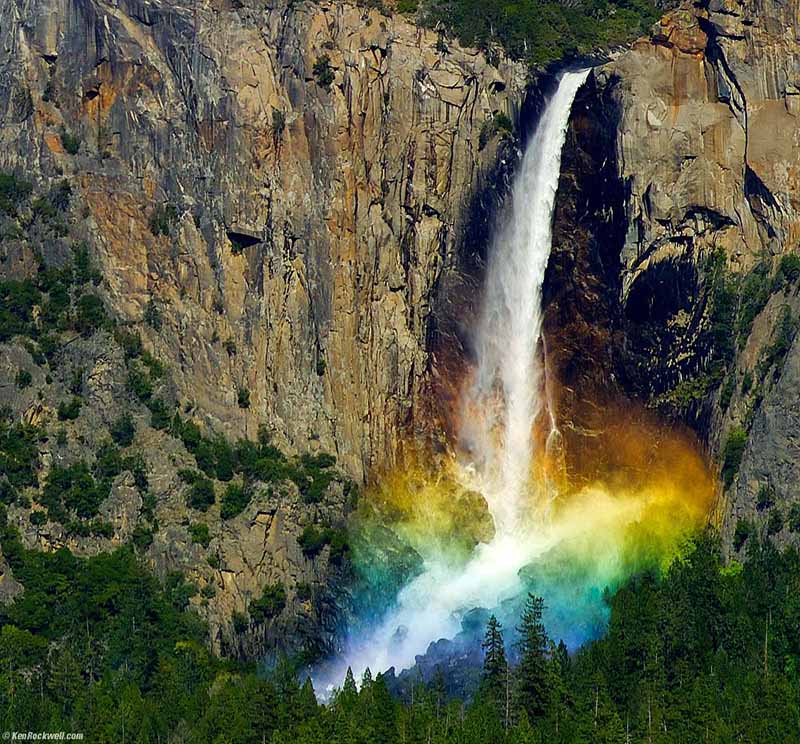 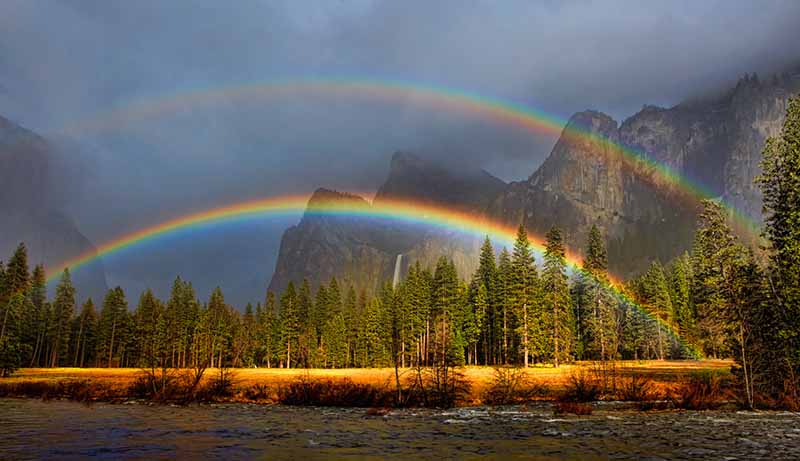 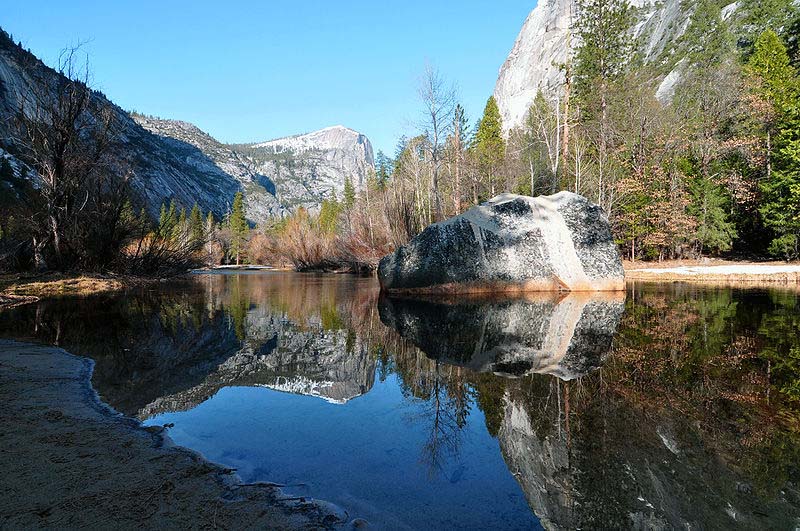 
Yosemite National Park is located largely in Mariposa and Tuolumne Counties, California. The park covers an area of 761,266 acres or 1,189 square miles (3,081 km) and reaches across the western slopes of the Sierra Nevada mountain chain. Yosemite is visited by over 3.5 million people each year, with most visitors only seeing the seven square miles (18 km) of Yosemite Valley.

Designated a World Heritage Site in 1984, Yosemite is internationally recognized for its spectacular granite cliffs, waterfalls, clear streams, Giant Sequoia groves, and biological diversity. About 89% of the park is designated wilderness. Although not the first designated national park, Yosemite was a focal point in the development of the national park idea, largely owing to the work of people like John Muir.

Yosemite is one of the largest and least fragmented habitat blocks in the Sierra Nevada, and the park supports a diversity of plants and animals. The park has an elevation range from 2,000 to 13,114 feet (600 to 4,000 m) and contains five major vegetation zones: chaparral/oak woodland, lower montane, upper montane, subalpine, and alpine. Of California's 7,000 plant species, about 50% occur in the Sierra Nevada and more than 20% within Yosemite. There is suitable habitat or documentation for more than 160 rare plants in the park, with rare local geologic formations and unique soils characterizing the restricted ranges many of these plants occupy.

The geology of the Yosemite area is characterized by granitic rocks and remnants of older rock. About 10 million years ago, the Sierra Nevada was uplifted and then tilted to form its relatively gentle western slopes and the more dramatic eastern slopes. The uplift increased the steepness of stream and river beds, resulting in formation of deep, narrow canyons. About 1 million years ago, snow and ice accumulated, forming glaciers at the higher alpine meadows that moved down the river valleys. Ice thickness in Yosemite Valley may have reached 4,000 feet (1200 m) during the early glacial episode. The downslope movement of the ice masses cut and sculpted the U-shaped valley that attracts so many visitors to its scenic vistas today. Yosemite National Park


Wilderness 'Paparazzi' Flock to Yosemite's 'Firefall'   Live Science - March 5, 2013
Last year, Yosemite National Park's famed "firefall" was more of a "firedrizzle" due to lack of snow. But this year, the "firefall" is burning bright. Yosemite's Horsetail Falls flows like lava under a clear sky and favorable lighting. It's a small waterfall that makes big news whenever it glows orange during sunset in mid- to late February. This time of year, the sun is setting at just the right angle and the western sky is just clear enough to create the "firefall" effect. When that happens, the waterfall will glow orange for about 10 minutes. The cult of the "firefall" has grown dramatically since outdoors photographer Galen Rowell took the first known photograph of the phenomenon in 1973. Hundreds of photographers have flocked to Yosemite this year, as they do every year now, to take pictures of the "firefall." 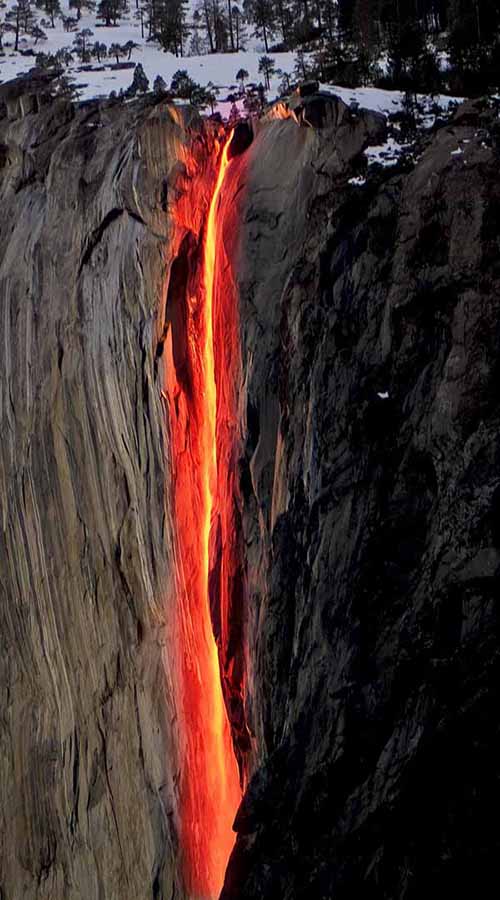 Horsetail Fall, located in Yosemite National Park in California, is a seasonal waterfall that flows in the winter and early spring. The fall occurs on the east side of El Capitan. If Horsetail Fall is flowing in February and the weather conditions are just right, the setting sun illuminates the waterfall, making it glow orange and red. This natural phenomenon is often referred to as the "Firefall," a name that pays homage to the manmade Firefall that once took place in Yosemite.

This waterfall descends in two streams side by side, the eastern one being the larger, but both quite small. The eastern one drops 470 m (1,540 ft) and the western one 480 m (1,570 ft), the highest fully airborne waterfall in Yosemite that runs at some point every year. The waters then gather and descend another 150 m (490 ft) on steep slabs, so the total height of these waterfalls is 620 m (2,030 ft) to 630 m (2,070 ft). The image shown here is taken during a brief time during the winter, near 21 February at sunset, made famous by Galen Rowell's photograph. The fall is best seen and photographed from a small clearing close to the picnic area on the north road leading out of Yosemite Valley east of El Capitan.