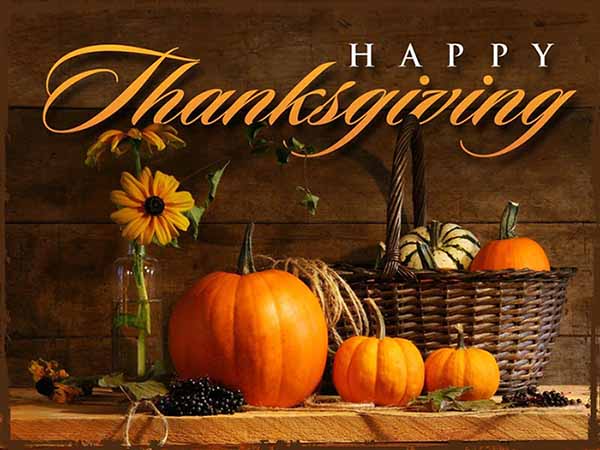 Over the 27 years Crystalinks has been online I've written annual Thanksgiving blogs on many topics - from dealing with family and issues during the holidays, travel and weather, and more as the holiday window between Thanksgiving and New Year's always affects people emotionally.

In recent years Americans have suffered great loses due to the Covid pandemic and its aftermath, crime and violence, climate and natural disasters, and fate itself. People have become more isolated in recent years many enjoying the holidays at home alone or with immediate family.

Thousands of people use this holiday window to visit New York City with its many spectacular events, places of interest, and shopping venues - highlighted on Thanksgiving with the Macy's Thanksgiving Day Parade featuring balloons and floats filled with entertainment.

Wherever you are, whatever you're doing, enjoy the moment. 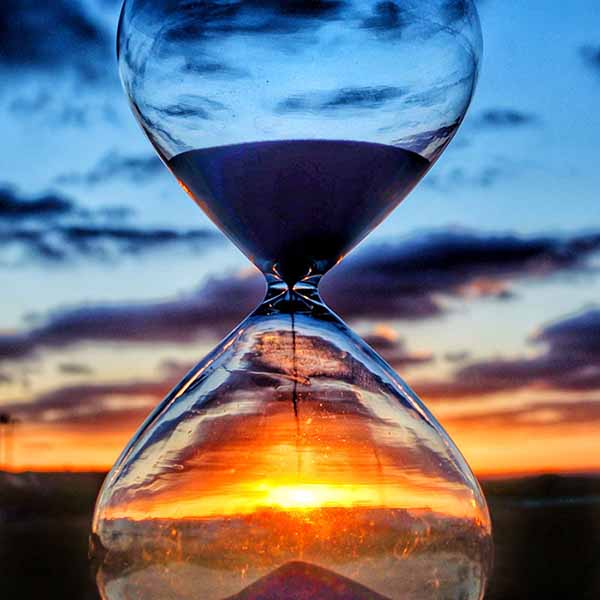 The History of Thanksgiving in North America

Thanksgiving is closely related to harvest festivals that had long been a traditional holiday in much of Europe. One of the earliest celebrations was had by the Frobisher Expedition in 1578. Another event on December 4, 1619 when 38 colonists from Berkeley Parish in England disembarked in Virginia and gave thanks to God. 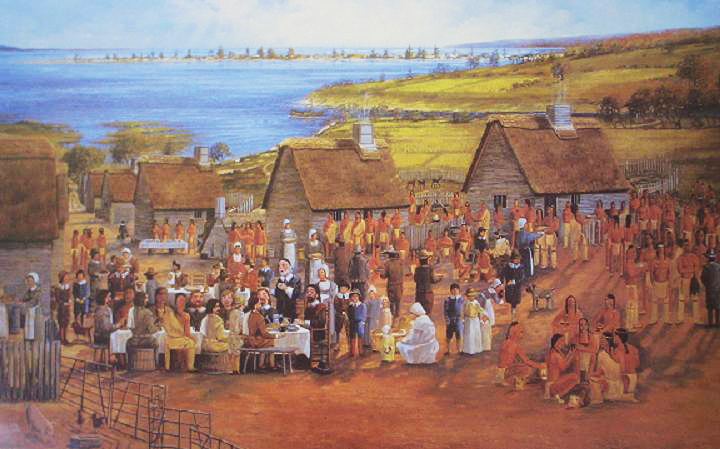 U.S. tradition associates the holiday with a meal held in 1621 by the Wampanoag and the Pilgrims who settled in Plymouth, Massachusetts. The Pilgrims did not hold Thanksgiving again until 1623, when it followed a drought, prayers for rain and a subsequent rain shower. Irregular Thanksgivings continued after favorable events and days of fasting after unfavorable ones. Gradually an annual Thanksgiving after the harvest developed in the mid-17th century. This did not occur on any set day or necessarily on the same day in different colonies. Some of the details of the American Thanksgiving story are myths that developed in the 1890s and early 1900s as part of the effort to forge a common national identity in the aftermath of the Civil War and in the melting pot of new immigrants.

Accounts of the 1621 Thanksgiving in Massachusetts 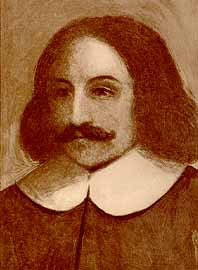 They began now to gather in the small harvest they had, and to fit up their house and dwelling against winter, being all well recovered in health and strength and had all things in good plenty. For as some were thus employed in affairs abroad, others were exercised in fishing, about cod and bass and other fish, of which they took good store, of which every family had their portion. All the summer there was no want; and now began to come in store of fowl, as winter approached, of which this place did abound when they came first (but afterward decreased by degrees). And besides waterfowl there was great store of wild turkeys, of which they took many, besides venison, etc. Besides, they had about a peck of meal a week to a person, or now since harvest, Indian corn to that proportion. Which made many afterwards write so largely of their plenty here to their friends in England, which were not feigned by true reports. 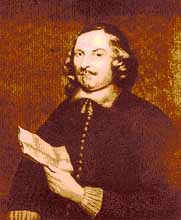 Our harvest being gotten in, our governor sent four men on fowling, that so we might after a special manner rejoice together after we had gathered the fruits of our labor. They four in one day killed as much fowl as, with a little help beside, served the company almost a week. At which time, amongst other recreations, we exercised our arms, many of the Indians coming amongst us, and among the rest their greatest king Massasoit, with some ninety men, whom for three days we entertained and feasted, and they went out and killed five deer, which we brought to the plantation and bestowed on our governor, and upon the captain and others. And although it be not always so plentiful as it was at this time with us, yet by the goodness of God, we are so far from want that we often wish you partakers of our plenty.

Like George Washington, many of the Pilgrims were Freemasons, bringing their legacy and destiny to the American continent, locked/encoded in Masonic Symbolism. Washington, the leader of the revolutionary forces in the American Revolutionary War, proclaimed a Thanksgiving Day in December 1777 as a victory celebration honoring the defeat of the British at Saratoga. The Continental Congress proclaimed annual December Thanksgivings from 1777 to 1783. As President, Washington continued the tradition from 1789-1795. President John Adams declared Thanksgivings in 1798 and 1799, and President James Madison declared the holiday twice in 1815.

In 1863, President Abraham Lincoln set the holiday as a regular annual event for the final Thursday of November.

In 1941, President Franklin Delano Roosevelt signing this bill into law. 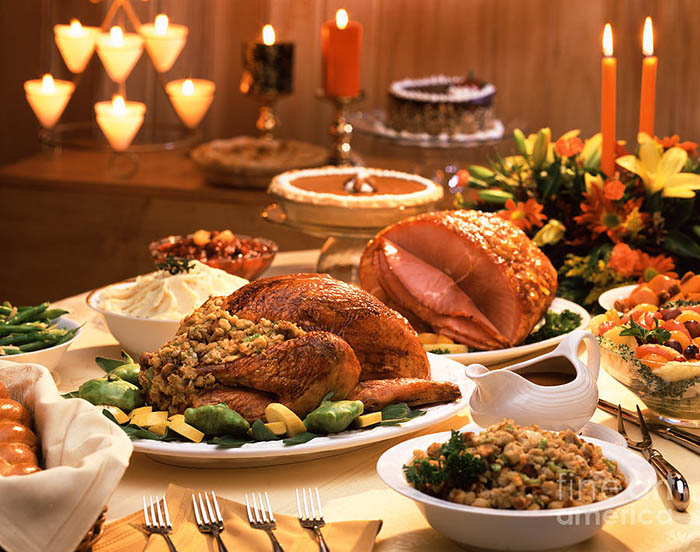 Traditional Thanksgiving foods are sometimes specific to the day, and although some of the foods might be seen at any semi-formal meal in the United States, the meal often has something of ritualistic, traditionalistic quality.

The centerpiece of the contemporary American Thanksgiving is a large dinner (a.k.a. supper), starring a large roasted turkey. Because turkey is the most common main dish of a Thanksgiving dinner, thanksgiving is sometimes called 'Turkey Day'.

Many other foods are served alongside the turkey, so many that, because of the amount of food, the Thanksgiving meal is generally served midday or early afternoon to make time for all the eating, and preparation may begin at the crack of dawn or days before.

Commonly served dishes include cranberry sauce, gravy, mashed potatoes, green beans and stuffing. For dessert, various pies are served, particularly pumpkin pie, strawberry-rhubarb pie and pecan pie. Other dishes reflect the region or cultural background of those who have come together for the meal. For example, Italian-Americans often have lasagna on the table and Ashkenazi Jews may serve noodle kugel, a sweet pudding. Another common Thanksgiving dish is candied yams.

There are also regional differences as to the stuffing traditionally served with the turkey. Southerners generally make theirs from cornbread, while in other parts of the country white bread is the base, to which oysters, apples, chestnuts, or the turkey's giblets may be added.

Foods other than turkey are sometimes served as the main dish for a Thanksgiving dinner. On the West Coast of the US, Dungeness crab is common as an alternate main dish, as crab season starts in early November. Turducken, a turkey stuffed with a duck stuffed with a chicken, is becoming more popular, from its base in Louisiana. Deep-fryed turkey is rising in popularity, requiring special fryers to hold the large bird. 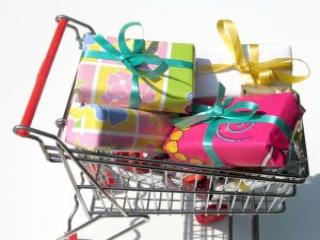 Since the 1930s, the Christmas shopping season technically begins when Thanksgiving ends. The second-biggest day of shopping of the year in the U.S. is called Black Friday - the after Thanksgiving. Today sales begin long before Black Friday to avoid the chaos of prior years. Online shopping - formerly called Cyber Monday - or the Monday after Thanksgiving - begins long before that date as well. Gift cards from major vendors make the best of gift for those with no time to shop or prefer to have others select their own gifts.