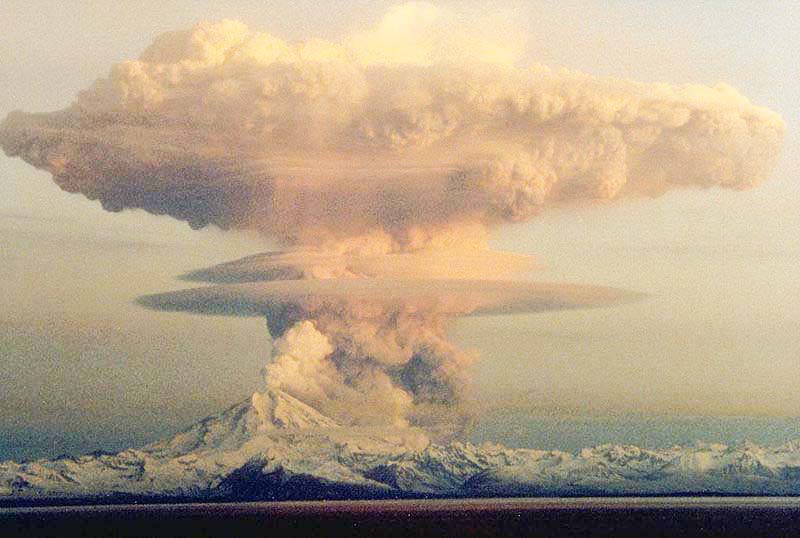 Supervolcano is the popular term for a large volcano that usually has a large caldera and can potentially produce devastation on an enormous, sometimes continental, scale. Such eruptions would be able to cause severe cooling of global temperatures for many years afterwards because of the huge volumes of sulfur and ash erupted. They are the most dangerous type of volcano. A supervolcano is capable of producing a volcanic eruption with ejecta greater than 1,000 cubic kilometers (240 cubic miles). This is thousands of times larger than most historic volcanic eruptions. It can result in a mini Ice Age or an Ice Age.

Volcanologists and geologists do not refer to "supervolcanoes" in their scientific work, since this is a blanket term that can be applied to a number of different geological conditions. Since 2000, however, the term has been used by professionals when presenting to the public. The term megacaldera is sometimes used for calderas with supervolcano characteristics, such as the Blake River Megacaldera Complex in the Abitibi greenstone belt of Ontario and Quebec, Canada. Eruptions that rate VEI 8 are termed "super eruptions".

Supervolcanoes occur when magma in the Earth rises into the crust from a hotspot but is unable to break through the crust. Pressure builds in a large and growing magma pool until the crust is unable to contain the pressure. This kind of eruption is typically sufficient to cause a long-lasting change to weather (such as the triggering of an ice age) sufficient to threaten the extinction of species, and cover huge areas with lava and ash.

Eruptions resembling supervolcanoes have been identified by the Voyager spacecraft on the moons of Jupiter and Saturn. The outer solar system volcanoes are mostly cryovolcanoes, not magma volcanoes. Theoretically a supervolcano could be a cryovolcano, but none has been found within the solar system so far. Continue reading


A Supervolcano in New Zealand Is Rumbling So Much It's Shifting The Ground Above It - Lake Taupo   Science Alert - July 12, 2022

The vast expanse of Lake Taupo's sky blue waters, crowned by hazy, mountainous horizons, invokes an extreme sense of tranquility. And yet, deep in the ground below, geological unrest is brewing.