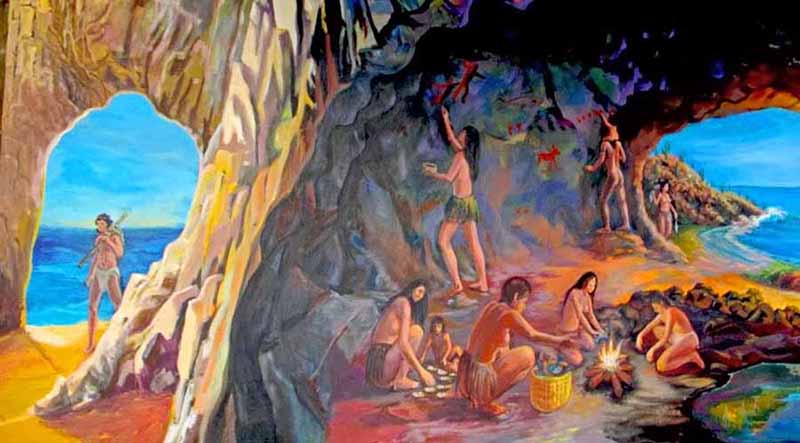 The Pericues or Pericue Indians of Baja California Sur were an indigenous people that inhabited western Mexico and the southwestern United States. The Pericu made pottery, recorded events in art and text, as well as cultivated the arid environment of the desert. Archaeological finds even point to an irrigation system of sorts that spread as far as 1700 miles in one location. Mysticism also seems to have been an integral part of Perician culture. Many gods were worshiped and nature was highly respected. These characteristics are two of just a very few shared with other Native American peoples. Read more 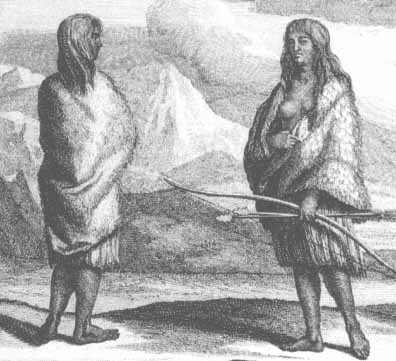 The skull right is long and narrow, not in keeping
with Native Indians' broader, rounder features.

The study also suggests that the two oldest known Americans — Penon woman and Kennewick Man — might have belonged to the Pericues tribe. Even before the DNA analysis, Silvia Gonzalez, lead author of the study and a geoarchaeologist from Liverpool John Moores University, noticed that the Pericues skulls were long and narrow, as opposed to the more broad and round features found in early Native American skulls. "Because of their skull morphology, long and narrow (dolicocephalic) the Pericues could be related to the oldest Americans known, which are Penon Woman in the Basin of Mexico at 12,755 before the present, and Kennewick Man at 9,700 years old," Gonzalez told Discovery News just before Monday's announcement. "Hence, if this was true, they would be older than the Native Indians. The oldest dated Pericue material is only 3,000 years before the present, although there are cave paintings in Baja California dated to 7,500 BP and Clovis points that must be 11,000-11,500 years old."

The genetic study suggests that the Pericues did not originate in Northern Asia, where many experts believe Native Americans first came from. Instead, Gonzalez said the Pericues are closer to the ancient populations of southern Asia, Australia, and the South Pacific Rim. The surprising link to early Australasian-Melanesian people could mean that the first Americans arrived in the New World in some kind of floating craft that traveled over the Pacific Ocean. "A coastal Pacific migration route is possible," Gonzalez said.

She explained that the Pericues were a hunter-gatherer society that lived on shellfish, fish, cacti and other plants in the desert area of Baja California. Objects found in the area suggest that the Pericues used stone tools. Gonzalez indicated that they had a complex burial system involving mortuary-like burial areas located both along the coast and in caves. She said they also used wooden spear throwers, and likely painted bones with red ochre, as early decorated shells and pearls have been found in Baja.