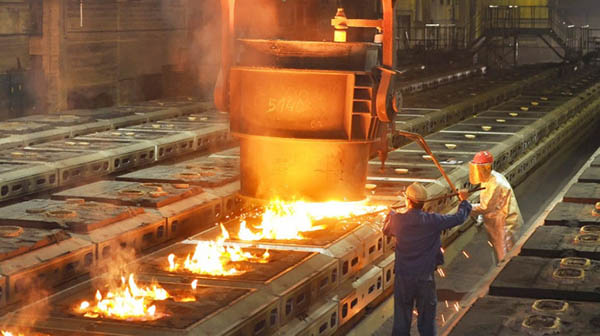 Metallurgy is a domain of materials science and engineering that studies the physical and chemical behavior of metallic elements, their inter-metallic compounds, and their mixtures, which are known as alloys. Metallurgy encompasses both the science and the technology of metals; that is, the way in which science is applied to the production of metals, and the engineering of metal components used in products for both consumers and manufacturers. Metallurgy is distinct from the craft of metalworking. Metalworking relies on metallurgy in a similar manner to how medicine relies on medical science for technical advancement. A specialist practitioner of metallurgy is known as a metallurgist.

Historically, metallurgy has predominately focused on the production of metals. Metal production begins with the processing of ores to extract the metal, and includes the mixture of metals to make alloys. Metal alloys are often a blend of at least two different metallic elements. However, non-metallic elements are often added to alloys in order to achieve properties suitable for an application.

Modern metallurgists work in both emerging and traditional areas as part of an interdisciplinary team alongside material scientists, and other engineers. Some traditional areas include mineral processing, metal production, heat treatment, failure analysis, and the joining of metals (including welding, brazing, and soldering). Emerging areas for metallurgists include nanotechnology, superconductors, composites, biomedical materials, electronic materials (semiconductors) and surface engineering. Many applications, practices, and devices associated or involved in metallurgy were established in ancient China, such as the innovation of the blast furnace, cast iron, hydraulic-powered trip hammers, and double acting piston bellows. Read more

But in recent years, researchers have turned their attention to a class of materials that do not seem to follow the traditional electrical rules. Understanding these so-called "strange metals" could provide fundamental insights into the quantum world, and potentially help scientists understand strange phenomena like high-temperature superconductivity. 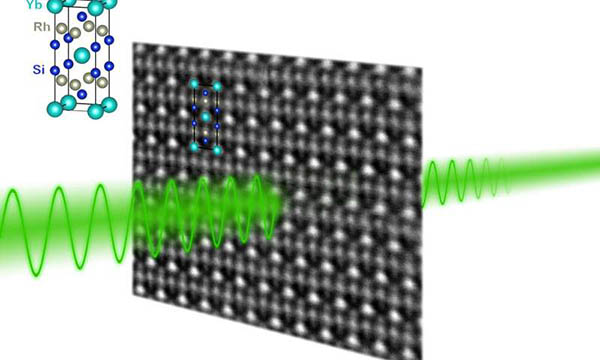 In a new study, U.S. and Austrian physicists have observed quantum entanglement among "billions of billions" of flowing electrons in a quantum critical material. The research examined the electronic and magnetic behavior of a "strange metal" compound of ytterbium, rhodium and silicon as it both neared and passed through a critical transition at the boundary between two well-studied quantum phases.

In production engineering, metallurgy is concerned with the production of metallic components for use in consumer or engineering products. This involves the production of alloys, the shaping, the heat treatment and the surface treatment of the product. The task of the metallurgist is to achieve design criteria specified by the mechanical engineer, such as cost, weight, strength, toughness, hardness, corrosion resistance and performance in extremes of temperature.

Common engineering metals are aluminum, chromium, copper, iron, magnesium, nickel, titanium and zinc. These are most often used as alloys. Much effort has been placed on understanding one very important alloy system, that of purified iron, which has carbon dissolved in it, better known as steel. Normal steel is used in low cost, high strength applications where weight and corrosion are not a problem. Cast irons, including ductile iron are also part of this system.

Stainless steel or galvanized steel are used where resistance to corrosion is important. Aluminum alloys and magnesium alloys are used for applications where strength and lightness are required.

The operating environment of the product is very important; a well-designed material will resist expected failure modes such as corrosion, stress concentration, metal fatigue, creep and environmental stress fracture. Ferrous metals and some aluminium alloys in water and especially in an electrolytic solution such as seawater, corrode quickly. Metals in cold or cryogenic conditions tend to lose their toughness becoming more brittle and prone to cracking. Metals under continual cyclic loading can suffer from metal fatigue. Metals under constant stress in hot conditions can creep.

Metals are shaped by processes such as casting, forging, rolling, extrusion, sintering, metalworking, machining and fabrication. With casting, molten metal is poured into a shaped mould. With forging, a red-hot billet is hammered into shape. With rolling, a billet is passed through successively narrower rollers to create a sheet. With extrusion, a hot and malleable metal is forced under pressure through a die, which shapes it before it cools. With sintering, a powdered metal is compressed into a die at high temperature. With machining, lathes, milling machines, planing machines and drills are used to cut the cold metal to shape. With fabrication, sheets of metal are cut with guillotines or gas cutters and bent into shape.

"Cold working" processes, such as rolling and fabrication, where the product's shape is altered while the product is cold, can increase the strength of the product by a process called work hardening. Work hardening creates microscopic defects in the metal, which resist further changes of shape. 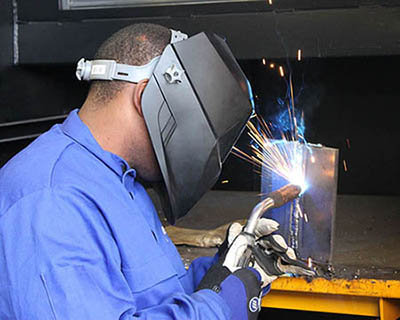 Metals can be heat-treated by annealing, quenching and tempering and case hardening to alter properties of toughness, hardness or resistance to corrosion. Annealing is used to make a shaped product tougher by reducing the effects of work hardening, it also softens the metal. Quenching and case hardening are used to make a shaped product harder. Quenching by it self makes the metal very hard and very brittle, tempering after quenching is used to reduce the brittleness and improve overall properties.

Electroplating is the main surface treatment technique and involves bonding a thin layer of another protective metal such as gold, silver, chromium or zinc to the surface of the product to reduce corrosion.

Metallurgy is also applied to electrical and electronic materials where as metals such as aluminum, copper, tin and gold are used in power lines, wires, printed circuit boards and integrated circuits. Soldering is a method of joining metallic electrical conductors where high strength is not required.

Metallurgists study the microscopic and macroscopic mechanisms that cause a metal or alloy to behave in the way that it does, i.e. the changes that occur on the atomic level that affect the metal's (or alloy's) macroscopic properties. Examples of tools used for microscopic examination of metals are optical and electron microscopes and mass spectrometers.

Metallurgists study crystallography, the effects of temperature and heat treatment on the component phases of alloys, such as the eutectic and the properties of those alloy phases.