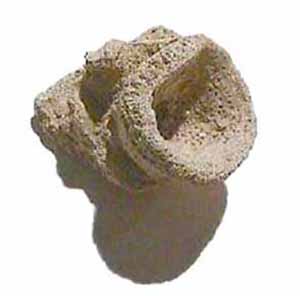 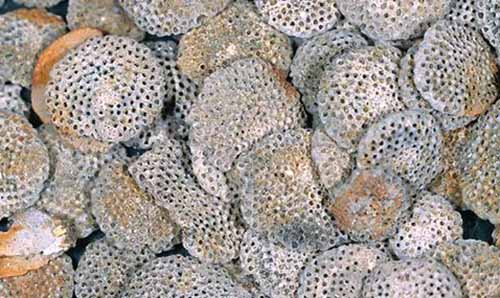 Although a previous publication reported traces of the chemical 24-isopropylcholestane in ancient rocks dating to 1,800 million years ago, recent research using a much more accurately dated rock series has revealed that these biomarkers only appear before the end of the Marinoan glaciation approximately 635 million years ago, and that "Biomarker analysis has yet to reveal any convincing evidence for ancient sponges pre-dating the first globally extensive Neoproterozoic glacial episode (the Sturtian, ~713 million years ago in Oman)". Nevertheless, this 'sponge biomarker' could have other sources - such as marine algae Ń so may not constrain the origin of Porifera.

Although molecular clocks and biomarkers suggest sponges existed well before the Cambrian explosion of life, silica spicules like those of demosponges are absent from the fossil record until the Cambrian, although one unsubstantiated report exists of spicules in rocks dated around 750 million years ago, although this appears unlikely based on the above reference. Well-preserved fossil sponges from about 580 million years ago in the Ediacaran period have been found in the Doushantuo Formation. These fossils, which include spicules, pinacocytes, porocytes, archeocytes, sclerocytes and the internal cavity, have been classified as demosponges. Fossils of glass sponges have been found from around 540 million years ago in rocks in Australia, China and Mongolia.

Early Cambrian sponges from Mexico belonging to the genus Kiwetinokia show evidence of fusion of several smaller spicules to form a single large spicule. Calcium carbonate spicules of calcareous sponges have been found in Early Cambrian rocks from about 530 to 523 million years ago in Australia. Other probable demosponges have been found in the Early Cambrian Chengjiang fauna, from 525 to 520 million years ago. Freshwater sponges appear to be much younger, as the earliest known fossils date from the Mid-Eocene period about 48 to 40 million years ago. Although about 90% of modern sponges are demosponges, fossilized remains of this type are less common than those of other types because their skeletons are composed of relatively soft spongin that does not fossilize well.

Title for 'Earth's first animal' likely goes to sea sponges   PhysOrg - February 24, 2016
New genetic analyses led by MIT researchers confirm that sea sponges are the source of a curious molecule found in rocks that are 640 million years old. These rocks significantly predate the Cambrian explosion - the period in which most animal groups took over the planet, 540 million years ago - suggesting that sea sponges may have been the first animals to inhabit the Earth.


Fossils may be 'earliest animals'   BBC - August 18, 2010
Tiny, irregularly shaped fossils from South Australia could be the oldest remains of simple animal life found to date. The collection of circles, anvils, wishbones and rings discovered in the Flinders Ranges are most probably sponges, a Princeton team claims. The rocks in which the forms were found are 640-650 million years old. This is at least 70 million years older than some other claims for the most ancient animals in the fossil record. The Ediacaran, which came at the end of the last great global glaciation, produced indisputable evidence for animal life - slug-like organisms called Kimberalla, whose remains are found today in 555-million-year-old sediments in Australia and Russia.


Australia: Fossils of Earliest Animal Life Possibly Discovered   Live Science - August 18, 2010
Fossils of what could be the oldest animal bodies have been discovered in Australia, pushing back the clock on when animal life first appeared on Earth to at least 70 million years earlier than previously thought. The results suggest that primitive sponge-like creatures lived in ocean reefs about 650 million years ago. Digital images of the fossils suggest the animals were about a centimeter in size (the width of your small fingertip) and had irregularly shaped bodies with a network of internal canals. The shelly fossils, found beneath a 635 million-year-old glacial deposit in South Australia, represent the earliest evidence of animal body forms in the current fossil record. Previously, the oldest known fossils of hard-bodied animals were from two reef-dwelling organisms that lived around 550 million years ago. 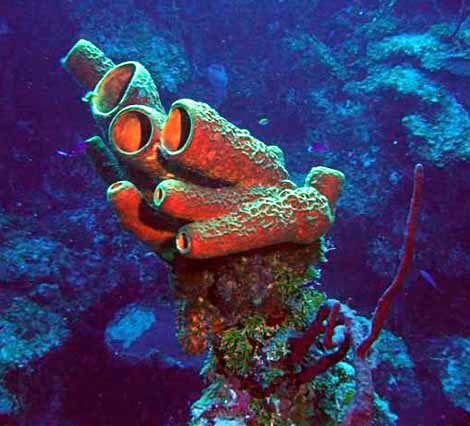