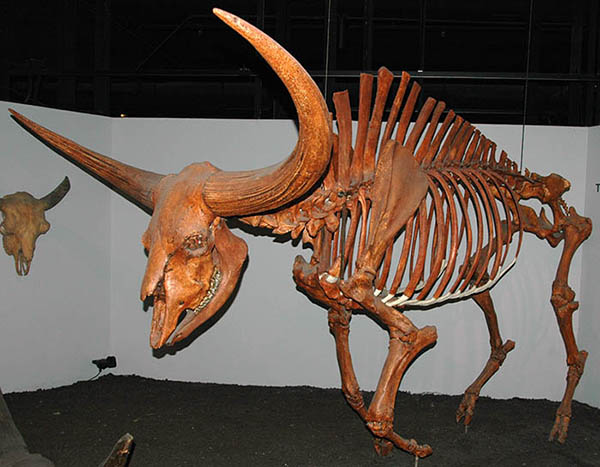 Bison or buffalo are large, even-toed ungulates in the genus Bison within the subfamily Bovinae. Two extant and four extinct species are recognized. Of the four extinct species, three were North American: Bison antiquus, B. latifrons, and B. occidentalis. The fourth, B. priscus, ranged across steppe environments from Western Europe, through Central Asia, East Asia including Japan, and onto North America. Read more 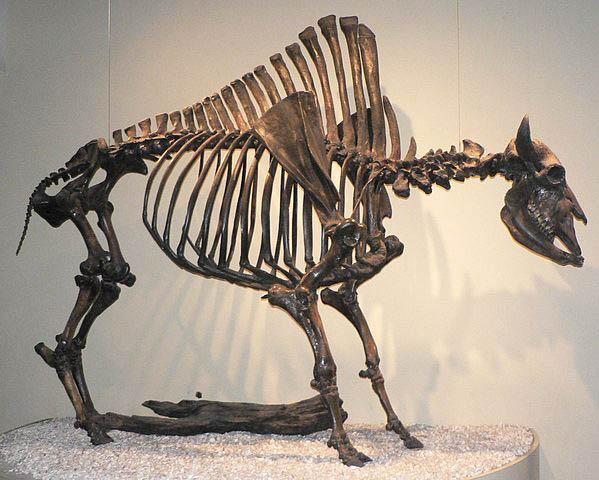 Mystery species hidden in cave art appears to be unknown bison-cattle hybrid   Science Daily - October 19, 2016
Ancient DNA research has revealed that Ice Age cave artists recorded a previously unknown hybrid species of bison and cattle in great detail on cave walls more than 15,000 years ago. The mystery species, known affectionately by the researchers as the Higgs Bison because of its elusive nature, originated over 120,000 years ago through the hybridization of the extinct Aurochs (the ancestor of modern cattle) and the Ice Age Steppe Bison, which ranged across the cold grasslands from Europe to Mexico.


Ice age bison fossils shed light on early human migrations in North America   PhysOrg - June 6, 2016
Scientists using evidence from bison fossils have determined when an ice-free corridor opened up along the Rocky Mountains during the late Pleistocene. The corridor has been considered a potential route for human and animal migrations between the far north (Alaska and Yukon) and the rest of North America, but when and how it was used has long been uncertain. The researchers combined radiocarbon dating and DNA analysis to track the movements of bison into the corridor, showing that it was fully open by about 13,000 years ago