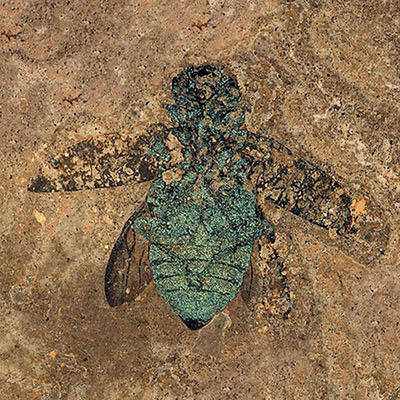 A 2007 study based on DNA of living beetles and maps of likely beetle evolution indicated beetles may have originated during the Lower Permian, up to 299 million years ago. In 2009, a fossil beetle was described from the Pennsylvanian of Mazon Creek, Illinois, pushing the origin of the beetles to an earlier date, 318 to 299 million years ago. Fossils from this time have been found in Asia and Europe, for instance in the red slate fossil beds of Niedermoschel near Mainz, Germany. Further fossils have been found in Obora, Czechia and Tshekarda in the Ural mountains, Russia. However, there are only a few fossils from North America before the middle Permian, although both Asia and North America had been united to Euramerica. The first discoveries from North America made in the Wellington formation of Oklahoma were published in 2005 and 2008.

As a consequence of the PermianĐTriassic extinction event, the fossil record of insects is scant, including beetles from the Lower Triassic. However, a few exceptions are noted, as in Eastern Europe; at the Babiy Kamen site in the Kuznetsk Basin, numerous beetle fossils were discovered, even entire specimen of the infraorders Archostemata (e.g. Ademosynidae, Schizocoleidae), Adephaga (e.., Triaplidae, Trachypachidae) and Polyphaga (e.g. Hydrophilidae, Byrrhidae, Elateroidea) and in nearly a perfectly preserved condition. However, species from the families Cupedidae and Schizophoroidae are not present at this site, whereas they dominate at other fossil sites from the Lower Triassic. Further records are known from Khey-Yaga, Russia, in the Korotaikha Basin.

There are many important sites from the Jurassic, with more than 150 important sites with beetle fossils, the majority being situated in Eastern Europe and North Asia. In North America and especially in South America and Africa, the number of sites from that time period is smaller, and the sites have not been exhaustively investigated yet. Outstanding fossil sites include Solnhofen in Upper Bavaria, Germany, Karatau in South Kazakhstan, the Yixian formation in Liaoning, North China, as well as the Jiulongshan formation and further fossil sites in Mongolia. In North America there are only a few sites with fossil records of insects from the Jurassic, namely the shell limestone deposits in the Hartford basin, the Deerfield basin and the Newark basin.

A large number of important fossil sites worldwide contain beetles from the Cretaceous. Most are located in Europe and Asia and belong to the temperate climate zone during the Cretaceous. A few of the fossil sites mentioned in the chapter Jurassic also shed some light on the early Cretaceous beetle fauna (for example, the Yixian formation in Liaoning, North China). Further important sites from the Lower Cretaceous include the Crato fossil beds in the Araripe basin in the Cear‡, North Brazil, as well as overlying Santana formation, with the latter was situated near the paleoequator, or the position of the earth's equator in the geologic past as defined for a specific geologic period. In Spain, important sites are located near Montsec and Las Hoyas. In Australia, the Koonwarra fossil beds of the Korumburra group, South Gippsland, Victoria, are noteworthy. Important fossil sites from the Upper Cretaceous include Kzyl-Dzhar in South Kazakhstan and Arkagala in Russia. Read more ... 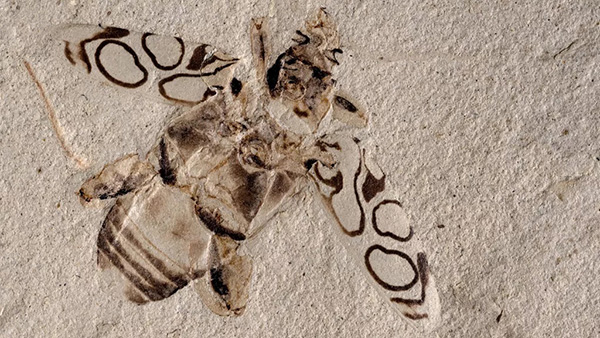 A beetle that lived about 49 million years ago is so well-preserved that the insect looks like it could spread its strikingly patterned wing coverings and fly away. That is, if it weren't squashed and fossilized. Wing cases, or elytra, are one of the sturdiest parts of a beetle's exoskeleton, but even so, this level of color contrast and clarity in a fossil is exceptionally rare, scientists recently reported.


99-million-year-old beetle trapped in amber served as pollinator to evergreen cycads   PhysOrg - August 16, 2018
Flowering plants are well known for their special relationship to the insects and other animals that serve as their pollinators. But, before the rise of angiosperms, another group of unusual evergreen gymnosperms, known as cycads, may have been the first insect-pollinated plants. Now researchers have uncovered the earliest definitive fossil evidence of that intimate relationship between cycads and insects.


Tiny paragliding beetle that lived with dinosaurs discovered in amber, named 'Jason'   PhysOrg - June 7, 2018
Featherwing beetles are smaller than the period at the end of this sentence. They get their name from the feathery fringe on their wings that enables them to catch the air and float like dandelion seeds. And, it turns out, they go way backŃ scientists discovered a 99-million-year-old featherwing beetle preserved in amber, and they named it "Jason."


Scientist unravels the mysteries of a beetle that lived a million centuries ago   PhysOrg - December 15, 2015
About 100 million years ago, a tiny beetle flew into a coniferous tree and became engulfed in its resin. Though the tree fell to ruin in a time long forgotten, a drop of its resin fossilized into amber - with the beetle fully encased - and then survived the relentless ravages of time, resulting in one of the most spectacularly preserved ancient beetle specimens yet described. First discovered in Myanmar, the rare fossil is now in the hands of international experts who are thrilled that it has managed to remain so exquisitely intact after almost a million centuries of existence.


Huge Fossilized Dung Reveals a Hidden Ancient Ecosystem   Live Science - July 17, 2009
The world might be knee-deep in cow patties and other animal waste today were it not for dung beetles. Dung beetles roll the waste of large animals into tiny balls that they bury underground to snack on later. Burying the dung fertilizes the soil and reduces disease, but the benefits don't stop there. A new study of 30 million-year-old fossilized mega-dung balls, as big as three inches (seven centimeters) in diameter and produced from the dung of extinct giant South American mammals, reveals that the dung was also a food source for a number of insects that would steal a bite while the dung beetles weren't looking.


Modern Beetles Predate Dinosaurs Live Science - December 26, 2007
Wait, don't squash that beetle! Its lineage predates dinosaurs. New research hints that modern-day versions of the insects are far older than any tyrannosaur that trod the Earth. Today's plethora of beetle species were thought to have blossomed 140 million years ago, during the rise of flowering plants. But the new study of beetle DNA and fossils, published in the Dec. 21 issue of the journal Science, pushes their appearance back to 300 million years ago. That beats the arrival of dinosaurs by about 70 million years. 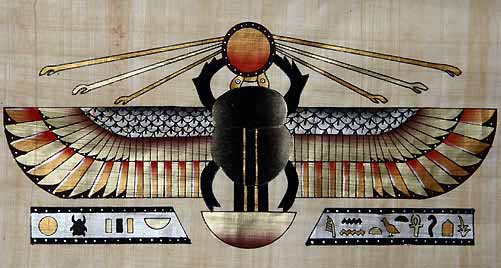