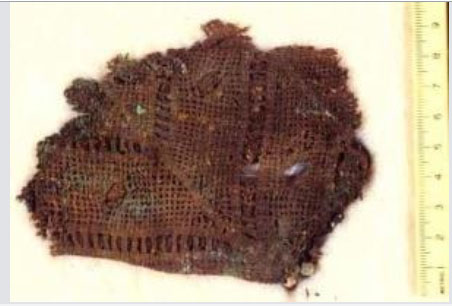 The study of the history of clothing and textiles traces the availability and use of textiles and other materials and the development of technology for the making of clothing over human history. The wearing of clothing is exclusively a human characteristic and is a feature of most human societies.

It is not known when humans began wearing clothes but anthropologists believe that animal skins and vegetation were adapted into coverings as protection from cold, heat and rain, especially as humans migrated to new climates; and an alternative hypothesis is that covering may have been first used for other purposes, such as magic, decoration, cult, or prestige, and later found to be practical as well. Clothing and textiles have been important in human history and reflects the materials available to a civilization as well as the technologies that had been mastered. The social significance of the finished product reflects their culture.

Textiles can be felt or spun fibers made into yarn and subsequently netted, looped, knit or woven to make fabrics, which appeared in the Middle East during the late stone age. From ancient times to the present day, methods of textile production have continually evolved, and the choices of textiles available have influenced how people carried their possessions, clothed themselves, and decorated their surroundings.

Sources available for the study of clothing and textiles include material remains discovered via archaeology; representation of textiles and their manufacture in art; and documents concerning the manufacture, acquisition, use, and trade of fabrics, tools, and finished garments. Scholarship of textile history, especially its earlier stages, is part of material culture studies.

The development of textile and clothing manufacture in prehistory has been the subject of a number of scholarly studies since the late 20th century. These sources have helped to provide a coherent history of these prehistoric developments. Evidence suggests that human beings may have begun wearing clothing as far back as 100,000 to 500,000 years ago. Read more ...

Most ancient colored twine found   BBC - September 10, 2009
A Georgian cave has yielded what scientists say are the earliest examples of humans making cords. The microscopic fibres, discovered accidentally while scientists were searching for pollen samples, are around 30,000 years old. A team reports in the journal Science that ancient humans probably used the plant fibres to carry tools, weave baskets or make garments.Some of the fibres are colored and appear to have been dyed.


Scraps Of Prehistoric Fabric Provide A View Of Ancient Life Science Daily - August 23, 2004
Fragments of ancient fabric - some dating back to the time the Coliseum was built in Rome - may give researchers better insight into the lives of Native Americans who lived in eastern North America some 800 to 2,000 years ago.


ALPHABETICAL INDEX OF ALL FILES