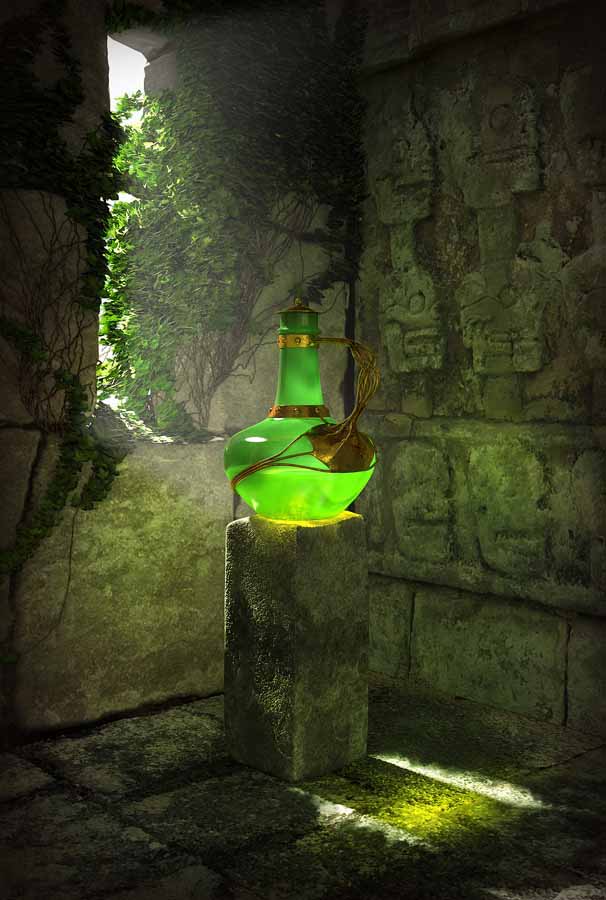 Chemistry (from Egyptian keme (chem), meaning "earth") is the science concerned with the composition, structure, and properties of matter, as well as the changes it undergoes during chemical reactions. It is a physical science for studies of various atoms, molecules, crystals and other aggregates of matter whether in isolation or combination, which incorporates the concepts of energy and entropy in relation to the spontaneity of chemical processes. Modern chemistry evolved out of alchemy following the chemical revolution (1773). 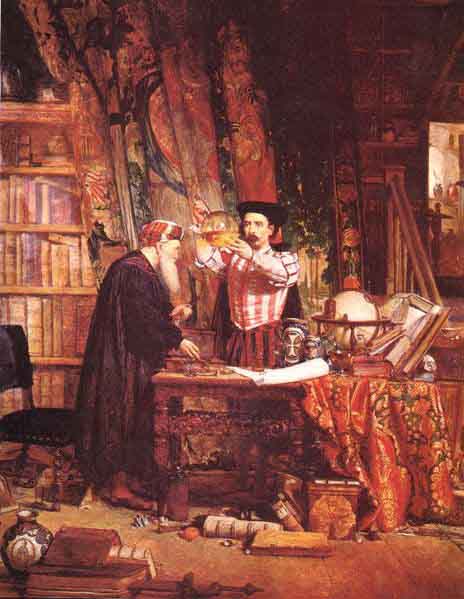 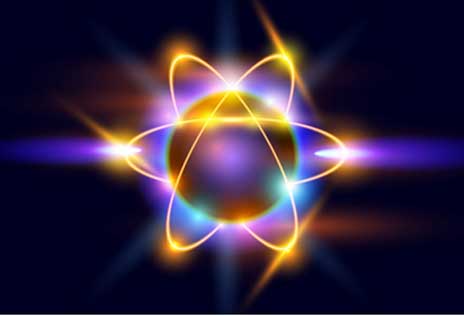 Chemistry is concerned with atoms and their interactions with other atoms, and particularly with the properties of chemical bonds. Chemistry is sometimes called "the central science" because it connects physics with other natural sciences such as geology and biology Chemistry is a branch of physical science but distinct from physics. It is the science of atomic matter (that made of chemical elements), its properties, structure, composition and its changes during interactions and chemical reactions. Read more... 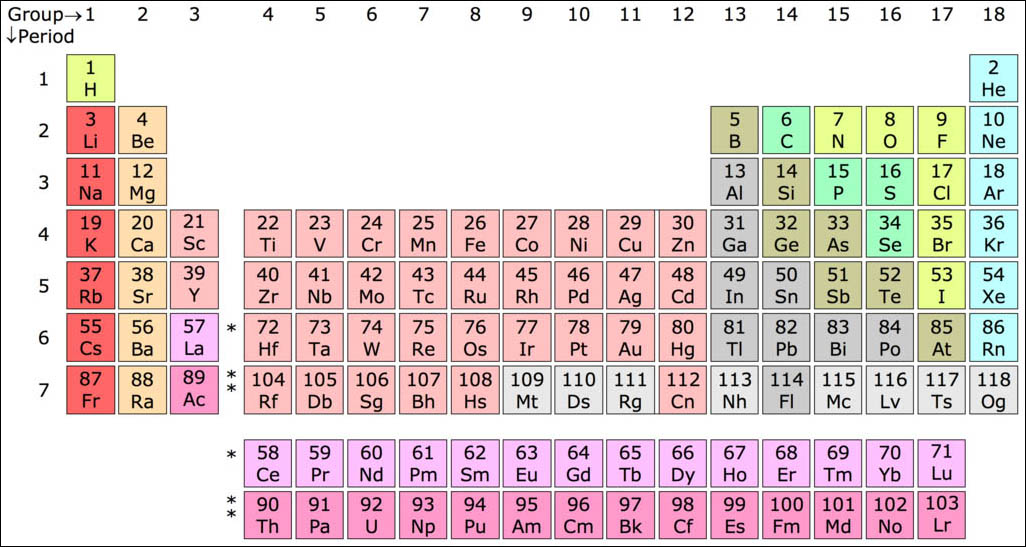 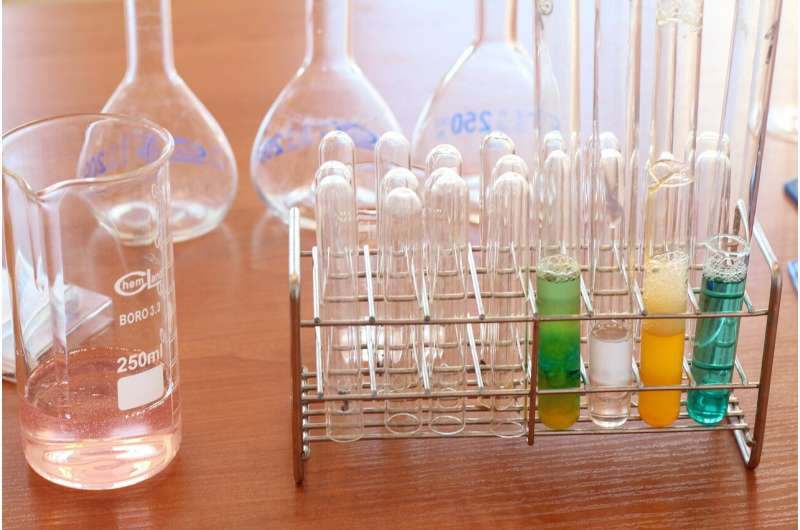 Four billion years ago, the Earth looked very different than it does today, devoid of life and covered by a vast ocean. Over the course of millions of years, in that primordial soup, life emerged. Researchers have long theorized how molecules came together to spark this transition. Now, scientists at Scripps Research have discovered a new set of chemical reactions that use cyanide, ammonia and carbon dioxide - all thought to be common on the early earth - to generate amino acids and nucleic acids, the building blocks of proteins and DNA. They've come up with a new paradigm to explain this shift from prebiotic to biotic chemistry.


New Set of Chemical Reactions Could Finally Explain How Life Started on Earth   Live Science - July 28, 2022
Once upon a time, when our planet Earth was very young and very new, there was not a single scrap of life on it to be found. Then, somewhere, somehow, some quirk of chemistry happened, and the molecular building blocks of our very first single-celled ancestors emerged: the amino acids and nucleic acids that came together in just the right way to continue a chain reaction that gave rise to life. We're not entirely sure of the details of this emergence, which took place billions of years ago, and left no trace on the fossil record. But using what we know of the chemistry of early Earth, scientists have found a new series of chemical reactions that could have produced those biological building blocks on Earth, all those eons ago.


Ultrahot 'superionic' ice is a new state of matter   Live Science - November 15, 2021
Scientists just squeezed a water droplet between two diamonds and blasted it to star-like temperatures with one of the world's most powerful lasers. The result was a new and mysterious phase of water. Called superionic ice, the "strange, black" water exists under the same pressures and temperatures as those at the center of Earth - a fact that could soon help researchers investigate the secrets buried inside the cores of other worlds. Previously, researchers used shock waves to create this weird ice for just 20 nanoseconds before it dissolved. This new experiment marks the first time that scientists have created stable superionic ice that lasts long enough to be studied in detail.

Far down in the periodic table you'll find a list of heavy elements born in chaos. The kind of chaos you might find in an exploding star perhaps, or a collision between two neutron stars. Physicists have uncovered a pair of large, still-radioactive isotopes in samples of deep-sea crust pulled up from 1,500 meters (nearly 5,000 feet) below the Pacific Ocean. We'd expect to see many heavyweight elements in the swirl of dust and gas that formed our planet eons ago - but most should have decayed into more stable forms long before now. So finding examples in Earth's crust close to the surface today raises some interesting questions. The finding could tell us a thing or two about cataclysmic cosmic events taking place within a few hundred light-years from Earth, and relatively recently in our geological history. It could also shine a light on the way atomic heavyweights form.


Extraterrestrial Plutonium Atoms Turn Up on Ocean Bottom - The rare form of the element found on the Pacific seabed points to its violent birth in colliding stars   Live Science - May 13, 2021
The plutonium-244 hints at how heavy metals form in stars. A rare version of the radioactive element plutonium embedded in Earth's crust below the deep sea is providing new clues as to how heavy metals form in the stars. The new research finds that the isotope, called plutonium-244, may arrive on Earth in tandem with iron-60, a lighter metal known to form in supernovas, explosions that occur during the death throes of many types of stars. This finding suggests that supernovas may create both heavy metals - although it's possible that other events, such as the mergers of neutron stars, are responsible for at least some of the plutonium-244. Understanding how heavy elements formed is one of the top three most burning questions in physics. Half of elements heavier than iron are built in the hearts of stars through a fairly well-understood process of fusion. The other half, though, requires a high density of free neutrons to form. This means they must form in a more explosive environment than a typical star core - supernovas, perhaps, or massive events such as a neutron-star merger or a collision of a black hole and a neutron star. 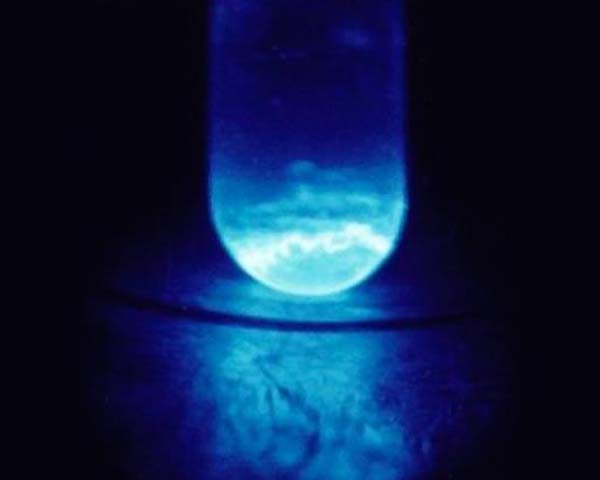 Mysterious Element 'Einsteinium' Measured by Scientists For The First Time   Science Alert - February 3, 2021
For the better part of 70 years, isotopes of einsteinium have proven frustratingly difficult to study. Either they're way too hard to make, or they have a half-life of less than a year, and what precious little is created begins to fall apart like a sandcastle at high tide. The element's behavior is presumed to follow the patterns of its less robust peers in the actinide series. That much is clear. But due to its sheer size, strange relativistic effects make it harder to predict how it will react in certain chemical processes.


Discoveries at the edge of the periodic table: First ever measurements of einsteinium   PhysOrg - February 3, 2021

Physicists Found a Brand-New Kind of Magnet Hiding in a Uranium Compound   Live Science - February 9, 2019
Scientists have discovered a brand-new kind of magnet hiding out in a uranium compound. The compound, USb2 (a compound of uranium and antimony), a so-called "singlet-based" magnet, is novel in that it generates magnetism in an entirely different way than any other magnet known to scientists. Electrons, which are negatively charged particles, generate their own tiny magnetic fields. These fields have a "north" and "south" pole, a consequence of a quantum mechanical property known as spin. In most objects, these magnetic fields point in random directions, canceling each other out. (This is why your body isn't a giant magnet.) But in certain materials, those fields become aligned. When that happens, they create a magnetic field powerful enough to, for example, move a bunch of iron filing around or cause a compass to point north.


Europe's 'New' Periodic Table Predicts Which Elements Will Disappear in the Next 100 Years   Live Science - January 25, 2019
Oxygen can breathe easy, but the party might soon be over for helium balloons. Those are two takeaways from a brand-new model of the periodic table of elements, debuted this week by the European Chemical Society a group representing more than 160,000 chemists in the European Union. Unlike the ubiquitous classroom version of the table, which categorizes the universe's 118 known natural and synthetic elements with equal space for each element, EuChemS' chart has been warped and wobbled to show the relative abundance or scarcity of 90 naturally occurring elements here on Earth.


What a Tiny Electron Reveals About the Structure of the Universe   Live Science - January 2, 2019
What is the shape of an electron? If you recall pictures from your high school science books, the answer seems quite clear: an electron is a small ball of negative charge that is smaller than an atom. This, however, is quite far from the truth. The electron is commonly known as one of the main components of atoms making up the world around us. It is the electrons surrounding the nucleus of every atom that determine how chemical reactions proceed. Their uses in industry are abundant: from electronics and welding to imaging and advanced particle accelerators. Recently, however, a physics experiment called Advanced Cold Molecule Electron EDM (ACME) put an electron on the center stage of scientific inquiry. The question that the ACME collaboration tried to address was deceptively simple: What is the shape of an electron?

As far as physicists currently know, electrons have no internal structure - and thus no shape in the classical meaning of this word. In the modern language of particle physics, which tackles the behavior of objects smaller than an atomic nucleus, the fundamental blocks of matter are continuous fluid-like substances known as "quantum fields" that permeate the whole space around us. In this language, an electron is perceived as a quantum, or a particle, of the "electron field." Knowing this, does it even make sense to talk about an electron's shape if we cannot see it directly in a microscope - or any other optical device for that matter?