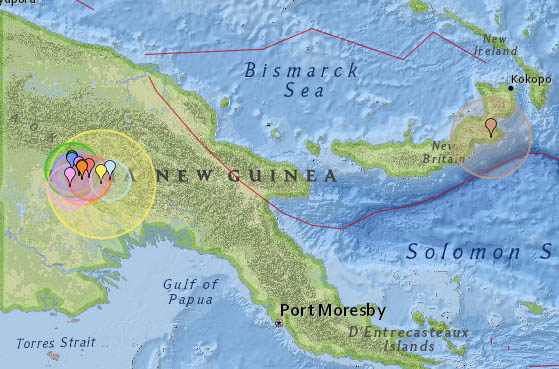 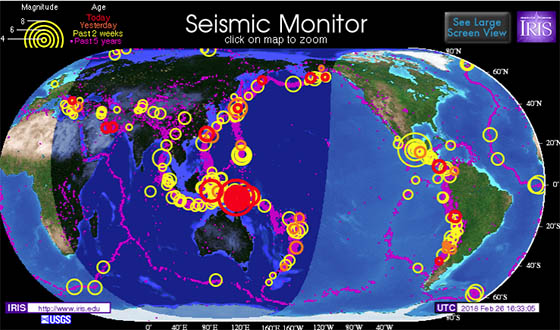 
Update: Monday March 5, 2018 ... Papua New Guinea earthquake death toll rises to 67 after latest 6.0 quake   CNN
The latest aftershocks, which included a magnitude 6 quake, struck on Monday in the same area, about 600 km (370 miles) northwest of the capital Port Moresby, according to the US Geological Survey. The country's Prime Minister, Peter O'Neill, has declared a state of emergency in the affected areas. The region is largely rural with no major urban centers, but around 670,000 people live within 100 km (62 miles) of the quake's epicenter.


Sunday February 25, 2018 ... The first time I read about Papua New Guinea was twenty years ago - July 17, 1998 when a 7.0 earthquake struck their north coast. It caused a large undersea landslide, which in turn caused a tsunami that hit the coast killing more than 2,200 people. That event triggered a memory of PNG and End Times as if a focal point. To this day I follow tectonic activity in PNG and find most of the energies there unsettling.


Monday February 26, 2018 ... As if by design a few hours after I posted the blog above a Magnitude 7.5 earthquake hit Papua New Guinea. Is someone trying to tell me something or confirm a memory?


PSYCHIC READING WITH ELLIE P>
BOOK: THE ALCHEMY OF TIME